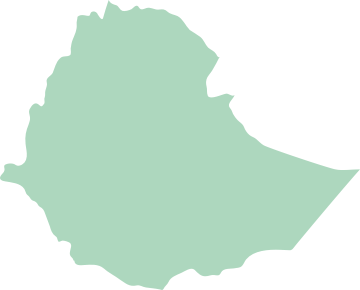 THE GENE BANK IN ETHIOPIA

I first went to Ethiopia in 1972 as a member of the technical advisory committee to CGIAR. We decided to establish an institute to develop the roles that livestock play in food security and poverty alleviation. The International Livestock Research Institute (ILRI) came up in 1976 in Addis Ababa and was later merged with the Kenyan one. It was also decided to set up a gene bank with help from Italy and Germany. Prof Scarascia Mugnozza who was the head of Italy’s biodiversity programme and also chairman of the National Academy of Sciences of Italy helped a lot. Africa’s largest gene bank came up in Addis Ababa, also in 1976. It is an initiative that links scientists with small-scale farmers to collectively revive and conserve traditional, indigenous seeds. The gene bank is hosted by the Ethiopian Biodiversity Institute, originally called the Plant Genetic Resources Centre, Ethiopia.

In the mid-1980s, there was a serious drought in Ethiopia. I was then at IRRI. I got a message from the Ethiopian Ambassador to the Philippines that Mengitsu Haile Mariam, the President of Ethiopia, would like me to visit them and help them articulate a plan to manage the drought. I went therein 1985 and spent a lot of time with the DG of Agriculture and the DG of Meteorological Sciences and gave my suggestions on how to manage a drought, how to ensure whether the remediation measures available are used effectively. I met the President and he called a meeting of the cabinet to learn about our own Indian experience on drought management. My nephew KP Mahalingam was then at Addis Ababa with the Tata group. I stayed with him and enjoyed a pleasant homely stay.

Ethiopia has now become a popular place for Indians who are cultivating crops there, particularly seeds for seed production. Land and technology are easily available, the government policies are liberal, and by and large corruption is on the decline.