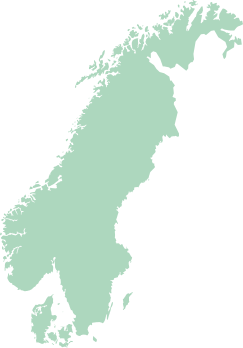 Scandinavian countries have always been very supportive of research and development in agriculture, particularly related to food security and biodiversity conservation as well as environment protection. Whether it is Norway, Denmark, Finland or Sweden, they all had great interest in supporting developing countries. I have visited these countries several times. Particularly I had a good relationship with Prime Minister Ms. Gro Brundtland of Norway. When I was President of IUCN (1984-90), Sweden and Norway were the two countries which gave considerable support to its activities.

The most important aspect of my interaction with Scandinavia has been with the establishment of the Svalbard Global Seed Vault. Way back in 1983, I delivered the Presidential Address at the International Congress of Genetics held in Delhi. That was the first time the Congress was held in India. My theme was “Genetic Conservation from Microbes to Man”. And in that I suggested conserving germplasm in a gene bank developed under permafrost conditions, so that the cost of energy can be very low. I was happy that after 20 years Norway took up the establishment of a gene bank at Svalbardin the remote Arctic archipelago,  about 1,300km from the North Pole. Svalbard will preserve for future generations a good sample of genetic variability under permafrost conditions. It is like Noah’s Ark. There are over 40 countries which are helping in the management of the Svalbard Seed Vault and India is also a partner.

As recognition of my initial suggestion, the Norwegian Government invited me in February 2009 to deliver a lecture on the occasion of a seminar on “Frozen Seeds in a Frozen Mountain” at Longyearbyen on Svalbard Island. My lecture was on “Freezing Seeds: A Humanitarian Issue”. It was -30◦ and I saw polar bears for the first time. They looked very sweet and cuddly! I was warned not to go too near to them as they could be quite dangerous. It is a beautiful place.

I went to Sweden for the first time in 1968. I met Professor Ake Gustafsson at the University of Lund.  Professor Gustafsson, an expert in genetics, came to India in 1970 to IARI, where he introduced mutation breeding. He developed a number of varieties of barley by short straw. The other famous Swedish scientist I came in contact with was Lars Ehrenberg, who introduced ionizing radiation as a means of increasing genetic variability for selective plant breeding.

Since my first visit, I have been to Sweden many times. I have visited the plant breeding station of the Swedish Seed Association at Svalof, which is one of the oldest in the world. With their help, I started developing a seed production policy for India. We had a very good partnership with them, and they elected me as a member of the Swedish Seed Association. Several IARI scientists have visited Svalof.

In 1983, I was an elected Fellow of the Royal Swedish Academy of Agriculture and Forestry.

My special relationship with Norway was because of Ms Brundtland, She was a good friend. In 1983, the UN set up a mission ‘to unite countries to pursue sustainable development together’.  It was called the Brundtland Commission as it was headed by Gro Brundtland who was the former Prime Minister of Norway. I was appointed Chairman of the Committee on Food Security.  In 1987, we released a report documenting expert testimony from across the world. The report, called Our Common Future, was very well received and introduced the concept of sustainable development.

We had strong collaboration with Denmark, Norway, Sweden, both with reference to scientific work and financial support. Sweden, Norway and Denmark started a Nordic Gene Bank to work globally in the conservation and sustainable use of genetic resources linked to food and agriculture. Nord Gen is also responsible for the daily management and operations of the Svalbard Global Seed Vault. The Scandinavian countries also provided considerable support to IUCN in its work on human resource development and development of botanical gardens. So scientifically, politically and financially the partnership with Scandinavia has been important, not only for India but also for many countries. I must make special mention of NORAD, the Norwegian Agency for Development Cooperation, which has helped our Foundation financially. We should strengthen the bonds with these countries, approach them not only as sources of funding, but sources of scientific knowledge and technology.