MSSRF scientist selected to be facilitator for international workshop 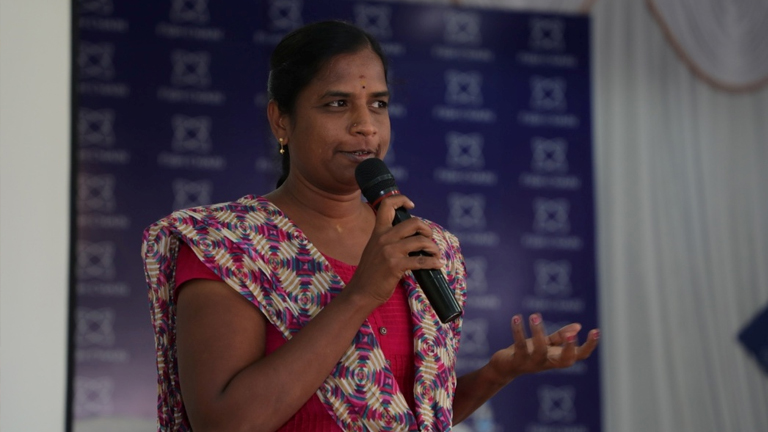 Chennai, October 29, 2018: Dr S Velvizhi, Principal Scientist, M S Swaminathan Research Foundation and Head, Fish for All Centre, Poompuhar, has been selected to be a facilitator for the programme on “Capitalization of Experiences for Greater Impact in Rural Development(ExCap)”. The project is being implemented in different parts of the world by the Technical Centre for Agricultural and Rural Cooperation (CTA), in collaboration with Food and Agriculture Organization of the United Nations (FAO) and the Inter-American Institute for Cooperation on Agriculture (IICA), with financial support from International Fund for Agricultural Development (IFAD). The three-day workshop is being held in Rome, Italy from October 29-31, 2018.

In 2016, Dr N Anil Kumar, then Senior Director, nominated Dr Velvizhi for the South Asia level ExCap workshop held in Goa. As a follow up to this, a second-level workshop on Excap was organised in Puducherry in 2017, coordinated by the Fish for All Centre, under the guidance of Dr V  Selvam, former Executive Director, MSSRF.

After these two workshops, all the participants connected through an online forum regularly with other Excap groups from different parts of the world and shared their experiences on the process. Members acquired the necessary skills to start and complete a capitalisation process. Many “knowledge products” have been completed, and are being shared.  At the same time, many of those involved in the different workshops have started their own process, involving colleagues and representatives of other organisations. They have played the role of facilitators, presenting the approach and supporting others to complete it.

CTA organised the workshop for individuals who have been facilitating capitalisation processes across the world in the past two years. Dr. Velvizhi was one of two Indians selected from India, among 30 globally.  The exchange of information between facilitators helped all those involved in similar processes, especially considering the last steps of a capitalisation process (adoption, institutionalisation) – the ones the CTA is particularly interested in promoting now.