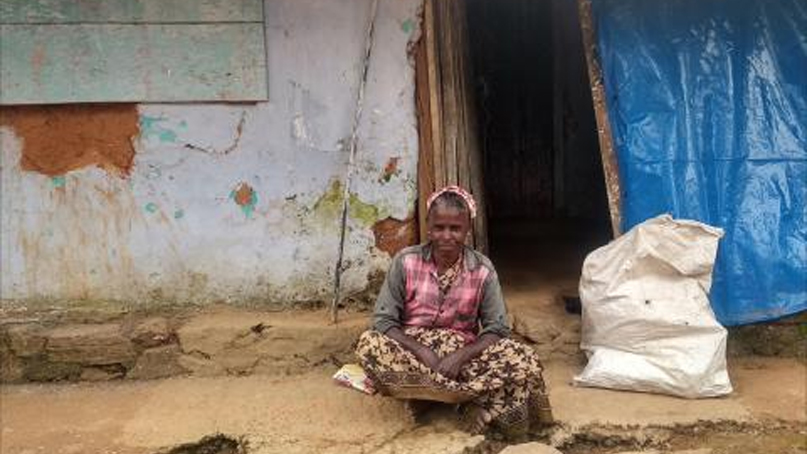 Covid pandemic shrank the entire world into a single room. It affected people in terms of economy as well as  physical and mental health. In the state of Kerala, Idukki, Wayanadu, Thrissur, Pathanamtitha, Kollam, Palakkad, Thrivananthapuram, Malappuram are the districts having plantation areas. Among this, Idukki has most of the plantations and workers associated with it. Peermadu, Vagamon, Munnar, Elappara and Upputhara of Idukki are abundant in terms of tea as well as cardamom plantations. Most of the local people in these areas depend on plantation work for meeting the ends of their lives. Labourers are living in small lane houses or ‘layams‘ composed of single or two small rooms. These are usually groups of single room houses situated near to each other. With roofs and doors broken, not a single raindrop misses to fall inside their dwelling.

Similar to that of lanes the plight of labourers also remain un noticed by the authorities in Covid-19 pandemics as well. The free food kits and food grains supplied by the government indeed helped them from starving. But problems occurred in lanes where the number of members were large. There are even lanes where 10- 12 members adjust within one or two small rooms. Mr. Faisal Muhammad, a teacher in Elappara Panchayat High School says, ” I got a call from a girl child who live in Elappara plantation area during lockdown period. She needs our help to get food grains. She told me that their family got free ration. But her family consists of twelve members. So, they are unable to survive with the amount food supplies they received”. Names of some members of her family were not included in the ration card. Also there are families who doesn’t own a ration card. With the help of some social workers some people managed to get ration card. But there are technical issues like different names in different identity cards. If Aadhar has one name, Election identity card has another name, this differences often leads to denial of some government services. Most of the labourers are women. This includes widows, old w

omen as well as women suffering from chronic diseases. There are families who are eligible to be under the below poverty line but allotted with above poverty line (non priority non subsidy) ration cards. This compels them to pay a higher amount of money to buy essential commodities and they get the free food kits very late. It is easy to change their cards from non-priority to priority but they are not aware of this.

Plantation was going through a worsened situation even before COVID19. Some labourers have not received their salary from February. They got half of the pending salary in November 2020 after a humanitarian in the local area raised the issue to the Human Rights Commission. Most of the lanes in Peermadu are part of the plantations which are abandoned by owners.

MMJ plantation’s Kottamala, Bonamy, Tea company’s Cheenthalar, Lontree are some of the abandoned plantations situated within the Peermadu Taluk. They haven’t received bonus or other benefits yet. In some estates, the owners provide rice and other food items. But in abandoned estate, labourers neither get any benefits nor any basic facilities. These estates are temporary locked off. Small portions of the plantation area are allotted to each worker and they are surviving with the meagre amount they get by collecting tea leaves from these small strips of land. They are also depending on other jobs like MGNREGA works and daily wage jobs. During lockdown, tea plantations closed. MGNREGA works and other works also got stopped. So the free ration was the only thing they get to make their living. MGNREGA still remain stopped in some places due to COVID regulations and restrictions.

Most of the women labourers said they don’t feel hunger. But the nutritional problems also persist here. It is one of the main problems which existed before this pandemic and depended now, still remain unnoticed . Faisal says, “During free kit distribution, I saw a woman, she walked for about 8 km to collect 5 kg rice, and I met a child in plantation area, he said that it is the second time he eats biscuit” Amid COVID 19 the schools are not yet opened and education is going on through television and online. The parents leave lanes for plantations very early in the morning and the children are left alone at home. Before the COVID, parents didn’t had any fear about their children since they will be safe at the schools but now the situation has changed. Drunken men of the nearby houses make quarrel and make unnecessary chaos and abusive words which in turn affect and disturb the children. So the alone children and their parents have lots of fear. Small children and girl children fear most about this. Elappara High School teacher said that, he received so many calls during COVID period. Police took action on this issue. But still the fear persists.

Similarly, differently abled persons within the plantation areas are going through another challenge. Only a few plantation areas have special school or dare school facilities to look after specially abled children. They also stopped working due to COVID and currently getting back to the new normal. But children can’t go due to COVID-19 regulations. Special children seemed very happy and active while they go to the special schools. The closure has caused decline in their mental health and happiness. Some estate has no crushes. This was an overlooked problem before COVID but now it has become more critical. Roads to most of the plantation areas are in pathetic condition.

So, there is a clean connection between every problems. Education can change their life. Some of the persons from lanes moved up in their lives with the help of education. There are people who are Civil Servants, Professors and other secured  position after being born and brought up in these lanes. Now, what they lack is the opportunity. So special free government coaching classes, entrance coaching classes have to be provided in this areas and awareness should be spread among them. Many of them are not aware of their right they hold to education and other things. More effective action and presence of SC promoters, Asha workers are needed in these areas. Special packages should be implemented for plantation areas especially for closed plantation. Let them reconstruct a new safe and happy world.