Transforming the lives of people through ‘Fisher Friend’ 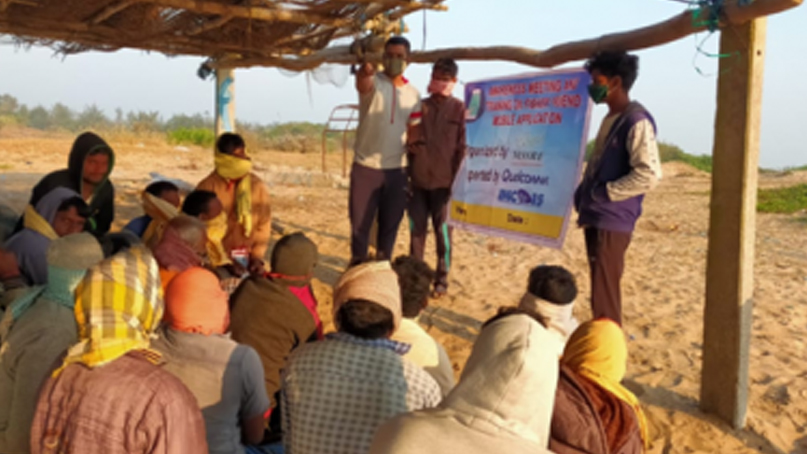 Nolia  Nuagan is a marine fishing village in Ganjam District, Odisha. The village comprises traditional, motorised and mechanised boats. Most of the people can be classified as middle ncome group. Twenty-seven year old W. Babaji resides here with his family of three members involving in fishing activities for the past eight years.

Fishers have substantial traditional knowledge on fishing from years working in their field. However, they are vulnerable to safety-related issues due to change in climatic conditions, compounded by limited access to information about technology and scientific development.

Fisher Friend Mobile Application (Fisher Friend), developed by MSSRF in partnership with QUALCOMM and with knowledge support from INCOIS, has features like Potential Fishing Zone, Ocean State Forecast, disaster alert, weather forecast, market information and GPS to improve fishers’ access to advisory services to solve problems related to fishing. Awareness meetings about Fisher Friend are held in places that are easily accessible for fishers and during convenient times for them to attend.

During the first week of February 2020, Mr. Badi Prabash, a master trainer of MSSRF organized an awareness meeting about the Fisher Friend app. After the programme, Babaji understood the importance of and installed the app in his mobile.

Two weeks after the training, he migrated to Mangalore harbour in the state of Karnataka and worked as a labourer for a motorized craft.  His earnings are usually 5 per cent of the total selling cost of fish catch for a single day. In general, the owner earns an income of about One Lakh Rupees per month.

In September 2020, he went on a fishing trip with 25 crew members. On that day with the help of PFZ forecast and GPS they gained a profit of five lakh rupees from the catch comprising tuna and dolphin fish weighing 1500 Kg. As soon as they returned from their trip, he approached his owner and explained the reason for such a bulk catch. Immensely happy, his owner hiked his salary percentage from 5 to 10 per cent (Rs 50,000). By the 2nd week of October 2020, when he returned to his home with better income to his family dependent on his savings.

MSSRF staff reach fishers and explain the features of Fisher Friend. Success stories of those who have used the app are shared to shift the norm “that technology is not a bane but boon” to encourage Fisher Friend downloads.  Exclusive training sessions were also conducted in villages across Tamil Nadu, Kerala, Andhra Pradesh, Karnataka, West Bengal, Pondicherry and Odisha.

Fishers who regularly use the Fisher Friend share that timely information from the app and advisories helped them to safeguard their boats from natural disasters. “We are relieved and glad that we can rely on this app to receive timely advisories about disasters”. 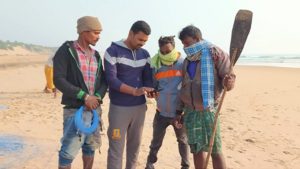 In addition, MSSRF field officers in different villages said fishers were able to merge their traditional knowledge with scientific information provided by the app. Together they provide a different dimension to fishermen when they venture into sea for fishing.

Fisher Friend app brought significant changes among the fishing communities. They have learnt about features and how to use them in different phases of fishing. MSSRF team is developing master trainers and deploying them to inform fishers in respective villages about Fisher Friend. Master trainers are also fishers who are active users of the app and have regular training on new updates to Fisher Friend. In turn, they take efforts to disseminate their knowledge and encourage them to use it.

With climate change concerns, the Fisher Friend experience tells us that we need to keep improving strategies, to increase the user base across India. MSSRF team is constantly looking for innovative strategies to ensure safety of fishers during disasters. The initiative also indicates that additional interventions are needed to communicate that the app can go hand in hand with traditional knowledge to ensure safety as well as improve the lives.

Going forward, MSSRF with the support from government and public partners will continue to promote Fisher Friend and integrated approach that reaches all the fishermen in our country with the belief that technology will aid fishermen to take informed decisions about fishing.