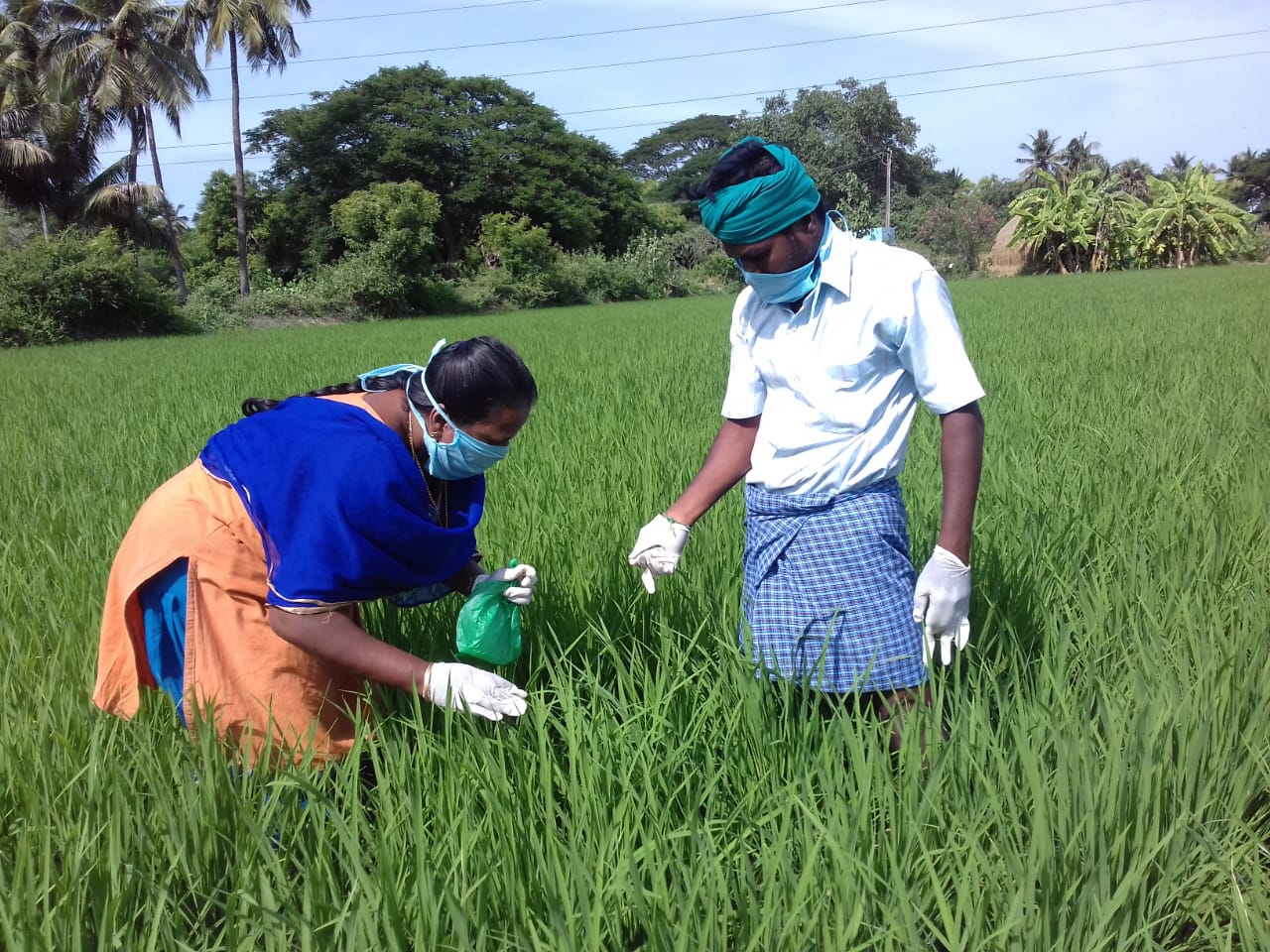 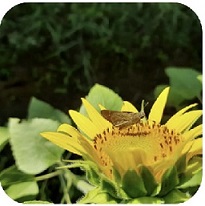 Along these lines, the Superfarm project investigates how EI techniques like reducing inorganic inputs, building floral borders and surrounding landscape / context affect the local natural-enemy biodiversity, pest abundance, and rice crop yield in specific smallholder regions of India. MSSRF and University of Reading (UK) are partnering on the Superfarm project in the Puducherry region.

In Puducherry, on an average, 16300 ha of area is under Paddy cultivation[1] and the IRRI report[2] says that paddy farmers around the world lose about 37 per cent of their rice crop to pests and diseases every year.

MSSRF uses farm-level interventions in conjunction with landscape gradients to assess the effects on natural enemy communities and pest regulation, particularly for the case of Yellow Stem Borer (YSB) in paddy. Twelve farms managed by individual smallholders were chosen; each farm was less than two ha in size and at least five hundred metres apart. The two external approaches used were –

Furthermore, three selected farms from each external input type (high, low) had co-crops planted on borders / bunds surrounding the rice field, and three farms had bare bunds with no additional crops planted. This flower border around rice was composed of black gram – which not only offered nectar and pollen resources for beneficial arthropods, but can also be harvested, adding to the farmer’s food basket and income. In addition, different land-use types were also analysed to understand how surrounding land use influences on-farm arthropod abundance and community composition (spiders, coccinellids, pests and natural enemies). 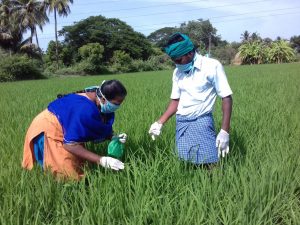 Over 670, natural enemy specimens were collected and identified; the unidentified ones were recorded as morpho species. Among the potential natural enemies observed were 42 per cent of spiders, 28 per cent of coccinellid beetles, 20 per cent of dragonflies and damselflies, 4 per cent wasps, 3 per cent ants, and 2 per cent were other beetles.

To conclude, spiders and coccinellids — two of the most common natural enemy groups — responded positively to a low input approach emphasising the need to consider local landscape context when implementing EI management strategies. In India, reduced external inputs in rice crops can enhance the natural enemies of rice crops, but the EI practices must be tailored to the local context to ensure that benefits are maximised, and the potential disservices are mitigateds