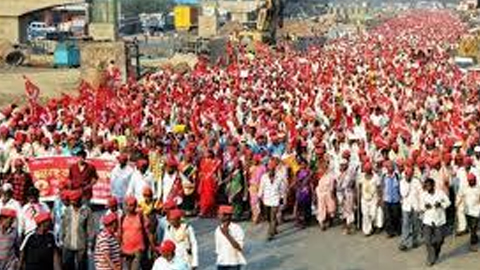 Chennai, November 30, 2018: Professor M S Swaminathan on Friday issued a statement in support of farmers agitating in Delhi over the lack of attention paid to the increasing woes of those engaged in agriculture. Here is his Professor’s full statement.

Today, thousands of farmers are assembling in several parts of Delhi as part of a two-day Kisan Mukti March. Evidence of agrarian unrest has been growing and farmers have come to the conclusion that only agitation and not reasoning will lead to action on their problems.

Among the top of their demands is waiving of loans, so that they can get back to farming by taking another loan. The second universal demand is the implementation of my report on the Minimum Support Price (MSP) which will make farming economically viable and attractive. The demand for loan waiver comes from the present non-remunerative nature of farming and is indicative of the fact economic viability is as important to farmers as to industrialists. Unfortunately, the then government did not take action on the National Policy for Farmers (NCF) when the report was presented in 2007.

Farming is both a way of life and means to livelihood for nearly 60% of our population, a majority of whom are women and youth. I only feel sorry that in the election politics solutions like loan waiver are given importance. The basic difficulties of farmers can be overcome only if integrated attention is given to pricing, procurement and public distribution.

Compounding the difficulties of today, farmers are facing serious problems from climate change. The most unfavourable impact of climate change will be high temperature, wide variation in precipitation and rise in sea level. While looking at the problems of farmers there should be equal attention paid to the families living and cultivating in the following ecosystems: Arid zone; sem-arid dry farming areas, irrigated areas, groundwater farming and plantation crops in hilly areas. The support extended to farmers should be according to the requirements of those cultivating in the above-mentioned ecosystems.

Farmers have now understood that while the problems of the other sections of society receive continuous attention, their own problems tend to be neglected unless they agitate. TheKisan Mukti March has rightly called for a special session of Parliament to discuss the problem confronting those who provide us with sustenance.  It is sad that farmers who are life givers are forced to take their own life due to economic reasons. I sincerely hope that today’s Kisan Mukti March will be a turning point in the history of public policy formulation in the field of agriculture.