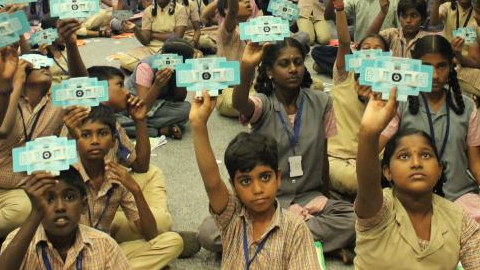 Chennai, November 25, 2019: Over 60 boys and girls pored earnestly over the origami-type of assembly paper bits. After an intense session of instructions they emerged holding up jubilant ‘foldscopes’, paper microscopes that aim to support curious minds of young people. The occasion was the Universal Children’s Day event at M S Swaminathan Research Foundation (MSSRF), where children from one zone of Chennai’s Corporation schools gathered to express their thoughts on climate change and share their expectations from science and scientists.

Speaking on the occasion, Prof M S Swaminathan, Founder MSSRF, spoke of the need to understand climate change in the local context. “In Tamil Sangam literature, we have reference of five different terrains (agriculture ecosystems) called Kurinji, Mullai, Marudam, Neithal and Palai. Climate change has to be studied and understood differently in each of the ecosystems.” He also said that, as it is the future generation that will face impacts of climate change, children should know the three major issues, which are, high or low rainfall, high or low temperature, and changes in the coastline.

The foldscopes were distributed to the students through the ‘Every Child a Scientist’ initiative of MSSRF. They had been donated to the institution by Prof Bruce Alberts, former Editor-in-Chief of Science and President of the National Academy of Sciences, USA. The demonstration in Chennai was conducted by Mr Mo Pandiarajan, an expert who has been training children in usage of this equipment. Drs. Gayathri and Prabhavathy, scientists from MSSRF facilitated the assembling and demonstration. After assembling the foldscopes, children exclaimed in excitement as they looked at living organisms in water and sections of leaves through the lense of the microscope.

Dr S Malarvannan, Principal Scientist and Entomologist, MSSRF spoke of the importance of insects in sustaining the ecology. A video was shown to the students on how bees are getting affected and destroyed due to industrialisation, global warming and the use of pesticides.

The ‘Every Child a Scientist’ programme of MSSRF nurtures young minds to cultivate a scientific temper and make learning a joyful experience. The programme is designed to empower children from economically underprivileged sections with exposure to themes such as biodiversity conservation, climate change and nutrition. 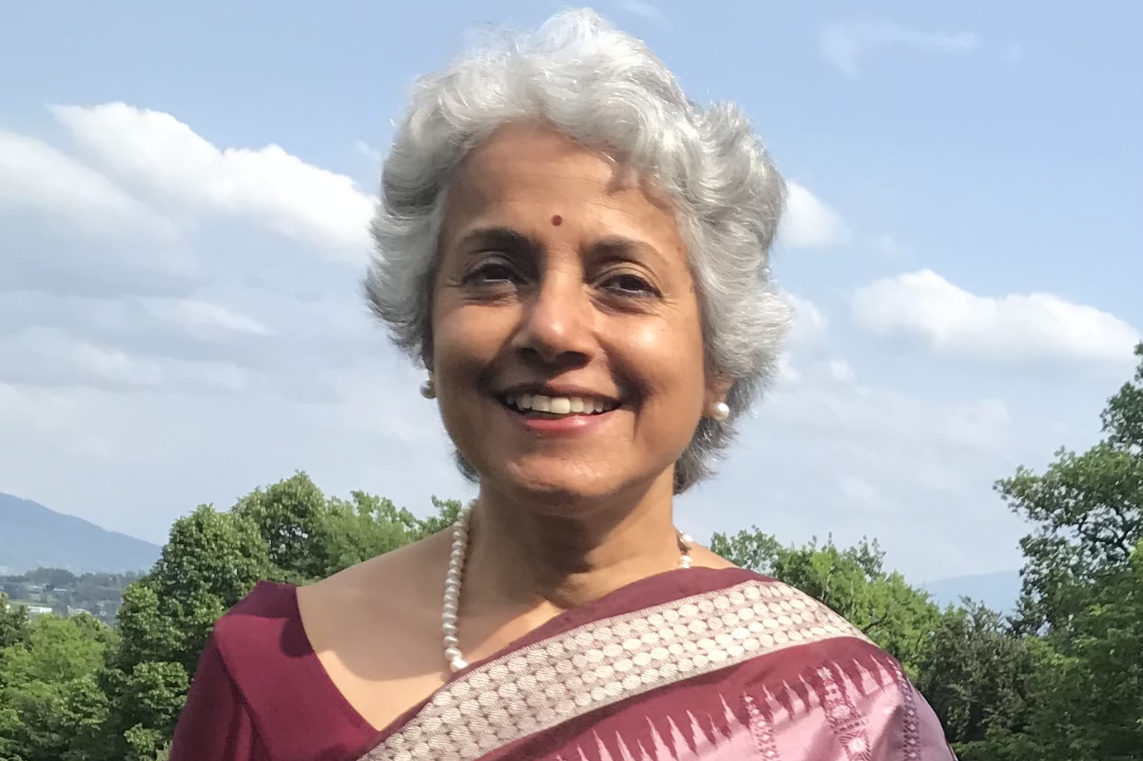