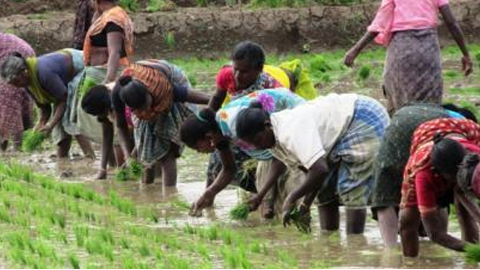 A refreshing journey through rural landscape, meeting with communities and learning more about their lives and agriculture is Thanthi TV’s new show “Payanam- via forest and field”.  Through the travels of the camera and the team, the show captures the impact of agriculture, change and innovation in each of the places it moves to.

The series that went on air from the 11th of January, is aired every Sunday at 2 pm with repeat telecasts during the week as well. Filmed in partnership with MSSRF, the show has been directed by Damayanthi, a well-known writer who works with Thanthi TV. MSSRF programme and site heads have worked closely with the HMRC to support content for filming each episode.

According to Mr R R Pandey, Chief News Editor, Thanthi TV, “Though mainstream current affairs channels don’t speak out loudly on agricultural or environmental themes, many issues spoken there do have such backdrops. While focusing mainly on agriculture, the new techniques involved  and environment has to be given in a thoroughly different format with visual excellence  and aesthetic package.”

Moving away from the regular format of a news-based show, “Payanam” steps back to make each episode, lively and informative, using the travel or the journey as a base for unravelling the story of each community member and their work, in relation to each topic.

“The travelogue format has been the distinct difference seaming various elements on agriculture, environment, gender & techniques. The camera has been the traveler along with Anchor (Arvind) who registers his reflections,” says  Mr Pandey.

Accompanied by striking camera work by Jones Raja, that captures the beauty in each terrain, the commentary and inputs on innovation and change make for a compelling show. The show is not backed by a corporate sponsorship, with Thanthi TV shouldering the production costs. Asked about this approach, the News Editor responds that the goal is more important and the effort is to take agriculture and environment to the public in an era when people slowly losing their rural connect.

“Payanam” is indeed a rare combination of development in relation to agriculture being focussed on mainstream media.