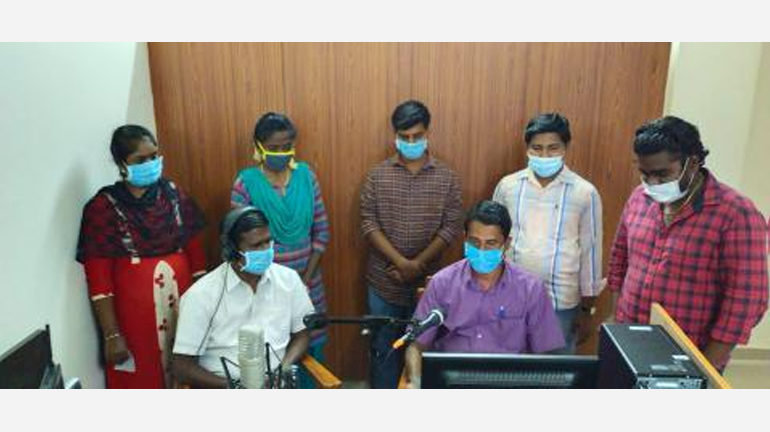 As Cyclone Nivar hit the eastern coast of India, on November 25-26, several thousand farming and fishing community members especially in the states of Tamil Nadu and Puducherry, 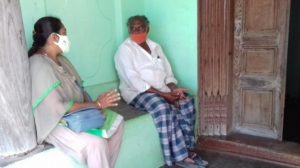 were served by MSSRF’s team. While it was Puducherry that took the brunt of the cyclone, communities across the coastal areas of the other two states were also affected. Those who were vulnerable were provided periodic cyclone-related information and in some cases, immediate support. Multiple methods were used to reach communities, especially those in areas in the path of the cyclone between November 23 and 28 and these included:

Over 17 disaster alerts given to the 60,276 Fisher Friend Mobile Application users across Tamil Nadu, Puducherry and Andhra Pradesh

Overall farming and fishing communities across 12 districts from Tamil Nadu, Puducherry and Andhra Pradesh were reached out to by various MSSRF team members especially across 22 vulnerable farming / fishing villages. 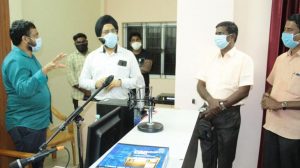 Significantly, the prior presence of field teams and rapport built with communities as well as the technology already in place in forms of mobile application, whatsapp messaging and audio announcements played a crucial role during this period. On 25th Nov-2020 midnight Cuddalore district special officer Mr.Gagandeep Singh Bedi IAS, Principal Secretary to the Government of Tamil Nadu and Mr. Chandra Sehar Sagamuri IAS ( District Collector) visited the radio station. Mr Gagandeep Singh Bedi spoke about the NIVAR cyclone status to the public through radio appreciating volunteer work at the time of disaster.

Says Dr S Velvizhi, Head, Fish for All Research and Training Centre, “The most important contribution from our side was providing language and fisher-specific information periodically all through those days. Since most information was coming in English, we had that verified, translated and shared across different platforms. Soon the community started asking us, when we will give the next update – that was the level of response we had.”

Says D S Girija, Development Co-ordinator MSSRF Puducherry, “With the support of technology as well as good network with grassroots and stakeholders, we were able to see good disaster preparedness among the community. While there is still water logging due to the heavy rainfall, overall, together, we could decrease loss of life.”

Fisher C Ravi, resident of Puduppettai village of Cuddalore district says “I found the cyclone-related information very useful. Particularly, the information on how to safeguard boats and fishing nets during the cyclone was very helpful for me which I also shared with others.”

Thanks to this community participation, and support provided to the government machinery by volunteers and non-governmental organization, people heaved a sigh when Cyclone Nivar passed with limited damage to lives.