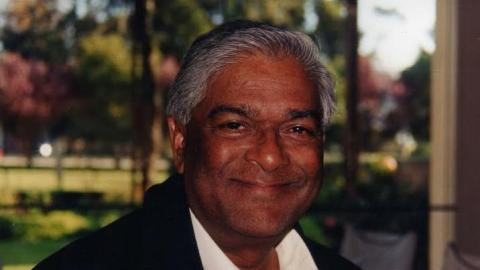 Distinguished plant scientist, Dr Sanjaya Rajaram is the winner of the prestigious World Food Prize for 2014. Announcing this in Chennai, Professor M S Swaminathan, Founder MSSRF and Chair of the Global Jury for the World Food Prize, said “It is a pleasure to announce that the World Food Prize winner, is a person whose remarkable work saved millions of people from hunger and poverty.

As a successor of Norman Borlaug, it is fitting that Dr Rajaram’s work gets this recognition, in a year when we are celebrating the centennial year of Borlaug.” Besides Professor Swaminathan other experts who have been associated with Dr Rajaram also spoke on the occasion.

The World Food Prize was founded in 1986 by Dr. Norman E. Borlaug, recipient of the 1970 Nobel Peace Prize and the person who is credited with preventing starvation through his agricultural research.Dr S Nagarajan, Advisor MSSRF, who has served as Director of the Indian Wheat Research and development, has been in close association with Dr Sanjaya Rajaram for over thirty years, especially as Director, spoke about the significance of his work. “Raj – as Dr.Sanjaya Rajaram is known in the inner circle – was instrumental in ushering in a very significant production grain to wheat by breeding a series of wheat clusters called, Kauz, Attila etc. Of this Attila was selected in many nations by varied names due to a 15% high yield over the rest. This plant breeding accomplishment gave the 2nd push to the seeds of confidence that Borlaug developed, paving the “Wheat Revolution.”

Rajaram’s biographer, G Venkataramani recalled, “Working for the poor and the hungry and fighting for the underdog, was the trademark of Rajaram. Borlaug was the main spirit of Rajaram’s work and he was constantly reminded of what Borlaug had told him in 1984, emphasizing that he must take care of sustaining the Green Revolution in India and Pakistan. Borlaug had said, if anything went wrong there, everything would go wrong. Rajaram used to say that these words were always ringing in his ears and guiding him through his life.”

In 2007, Dr. Borlaug had expressed high praise for Rajaram in a personal note: “You have developed into the greatest present-day wheat scientist in the world…have made and continue to make many important contributions to further improve world wheat production… have learned to work effectively in many different countries with political leaders of different ideologies….and are a scientist of great vision.”

In the foreword to his biography Professor Swaminathan writes, “I have known Sanjaya for over 50 years and I have found him to be a scientist with a rare commitment to both science and society… Clear vision, dedicated work and a firm determination to overcome problems that may come in the way, are the major ingredients of the success of Rajaram.”

Professor Kesavan, Distinguished Fellow MSSRF spoke about the student years of Dr Rajaram on the occasion.

The formal announcement of the winner made at the U.S. State Department, by Secretary of State John Kerry and Ambassador Kenneth M. Quinn, President of the World Food Prize Foundation announced the name of the winner. The $250,000 World Food Prize is known as “the Nobel Prize for food and agriculture” and is the foremost international award recognizing an individual who has enhanced human development by improving the quality, quantity or availability of food in the world.

A dedicated worker, who routinely, put in 18 hours of work a day for wheat improvement, he created wheat lines from which – PBW 343 – was refined in 1995 by Dr.G.S.Nanda of the PAU, Ludhiana. Released for cultivation in 1995 by the ICAR system in 1995 by 2005, this variety occupied more than 10 million hectares in India alone.   This Attila / Kauz group that was released was cultivated in more than 40 million hectares, in different parts of the world.

Since Professor Swaminathan won the first World Food Prize in 1987, so far, 6 Indians have won this prize over the years.