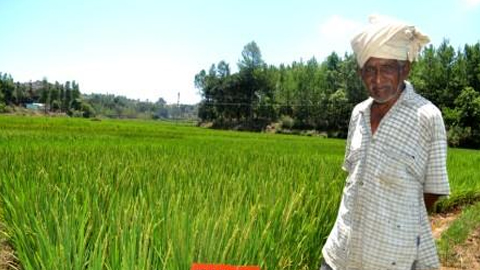 Chennai, June 7: The minimum support price sought by farmers in their ongoing nationwide strike has brought back to focus the recommendations of the report submitted by the National Commission on Farmers headed by Professor MS Swaminathan over 10 years ago in 2007.

Stressing on the importance of the minimum support price (MSP) suggested by him, calculated as the total cost of production (including paid-out cost, imputed value of family labour, and imputed rent and interest on owned land and capital) plus 50 per cent (C2 + 50%), Professor Swaminathan says it is to the benefit of all to support the agitating farmers in their demands.

“The farm crisis is at long last attracting both public and political attention. A National Policy for Farmers was formulated by the National Commission on Farmers chaired by me in 2007. That Draft Policy placed special stress on enhancing the income of farmers. A formula was suggested for determining the minimum support price for farm produce. Although the report is now over 10 years old, no action has been taken on its implementation particularly with reference to the economics of farming.”

Pointing to the demand from farmers for a loan waiver, Professor Swaminathan explains that enhancement of farmers’ income is the only way to help them come out of debt traps and poverty. “The monsoon and the market are two of the major determinants of farmers’ well being. Today the monsoon is uncertain and extreme events like drought and floods are becoming more frequent. Similarly the market in most cases does not help farmers come out of the debt and poverty traps.  This is why there is more demand for loan waivers.”

By shutting down the supply of vegetables and milk to cities, the demonstrators seek to throw the spotlight on the social implications of the neglect of farmers and farming, says Professor Swaminathan, adding “The time has come for the National Policy for Farmers, which represented the voice of the farming community, to be examined and acted upon.”

Exhorting the public to fully support the farmers to survive economically, Professor Swaminathan says, “If farming goes wrong, nothing else will have a chance to go right in a predominantly agricultural country like ours.” In particular, he suggests that paying attention to women farmers and peri-urban agriculture would make a large difference to the future of agriculture.