Norman Borlaug Centenary: The Nobel laureate who wanted to “Take it to the farmer” 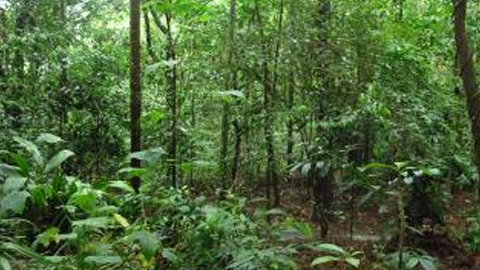 It is the centenary year of the person who has been referred to as “the man who saved a billion lives”. Nobel Peace Prize winner Norman Borlaug, credited with having brought about an agricultural movement that increased food production and prevented famines across Latin America and Asia is being remembered across the world, this month.

“Take it to the farmer”, were Borlaug’s words shortly before he passed away in 2009, meaning that technological development must be taken to the farming community. In a fitting tribute to his memory, M S Swaminathan Research Foundation is hosting an International dialogue, with over 150 participants from across the country and abroad, on this very theme.

Professor Swaminathan, a former colleague of Borlaug and joint crusader in the mission against hunger, has been advocating for a pro-poor, pro-nature, pro-women approach to food security. The International Dialogue, on the occasion of the birth centenary aims at technological empowerment of farmers in ensuring successful implementation of the Food Security Act.

“Take it to the Farmer” – The Norman Borlaug Birth Centenary Dialogue is to be held from March 13 – 15, 2014 at the M S Swaminathan Research Foundation in Chennai. Dr.K. Kasturirangan, Member, Planning Commission, Govt. of India, Dr. S. Ayyappan, Director General, ICAR and Professor Swaminathan will address the inaugural session on the morning of 13th March.

The aim of the dialogue is to learn from successful examples of bridging the gap between scientific know-how and field level do-how. The role of Land to Land (farmer to farmer learning) and Lab to Land (scientist – farmer interaction) in enhancing productivity and profitability of family farmers will be discussed. In addition, the dialogue will deliberate on the importance of converting scientific findings into field level applications.

A Public Forum on “Farmers and the Food Security Act” is being organized on 13th March at 6:00 pm. This forum will provide an opportunity for members of the public, media and farmers to interact with experts in a session that will help farmers, students, academicians and others engage in a fruitful dialogue.

In today’s context “Right to Food” and the Food Security Act are seen as an important component of public consciousness. This event assumes significance, as it brings experts, researchers and farmers on a common platform to stress the importance of knowledge of skill and technology among farmers, for enhanced food production. This would help move a step forward, towards “Right to Food” and a world free from hunger.