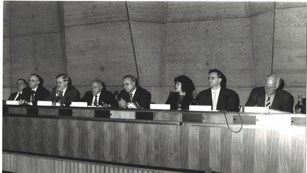 My association with France has been very deep since my ICAR and IRRI days. The French had a lot of interest in tropical agriculture, because they were not only in a number of countries in Africa, Francophone Africa they called it, but were also controlling Cambodia, Vietnam and Laos.

In ICAR we had an agreement with the French to work together in parts of Africa. They had identified a variety of legume in Senegal called Solanumpolyadenium, which could fix nitrogen in the soil through not only in the root, but the stem as well. We tried that particular variety of legume in order to increase the natural flow of nitrogen to the soil. We also worked on coconut, cocoa and pineapple. In Africa, the French had developed a three-dimensional cropping method where coconut, cocoa and pineapple were planted together. The pineapple absorbs its water from its surface layer, cocoa absorbs it from the middle layer and coconut absorbs from the deeper layer. We learnt it from them and it still works very well in Kerala. Infact that was the starting point of large-scale cocoa production that led to the chocolate industry in India. One year cocoa was in surplus, and the market collapsed. Dr Kurien said he will buy the surplus cocoa and start making chocolate, and AMUL chocolate was born in 1973.

Where IRRI was concerned, there have been French scientists working there regularly. Scientific collaboration between French institutions and IRRI has continued in several key areas. CIRAD, IRD and INRA have been strong IRRI partners through the years. I have had meaningful interactions with several French researchers at IRRI.

I was President of IUCN in 1988 when its 40th anniversary was celebrated in Paris. I met President Mitterrand who presided over the function. We had a very good meeting in Paris and he hosted high tea for the delegates with a fine speech. IUCN was first established in France in 1948 and therefore he had a special affinity towards the organisation.