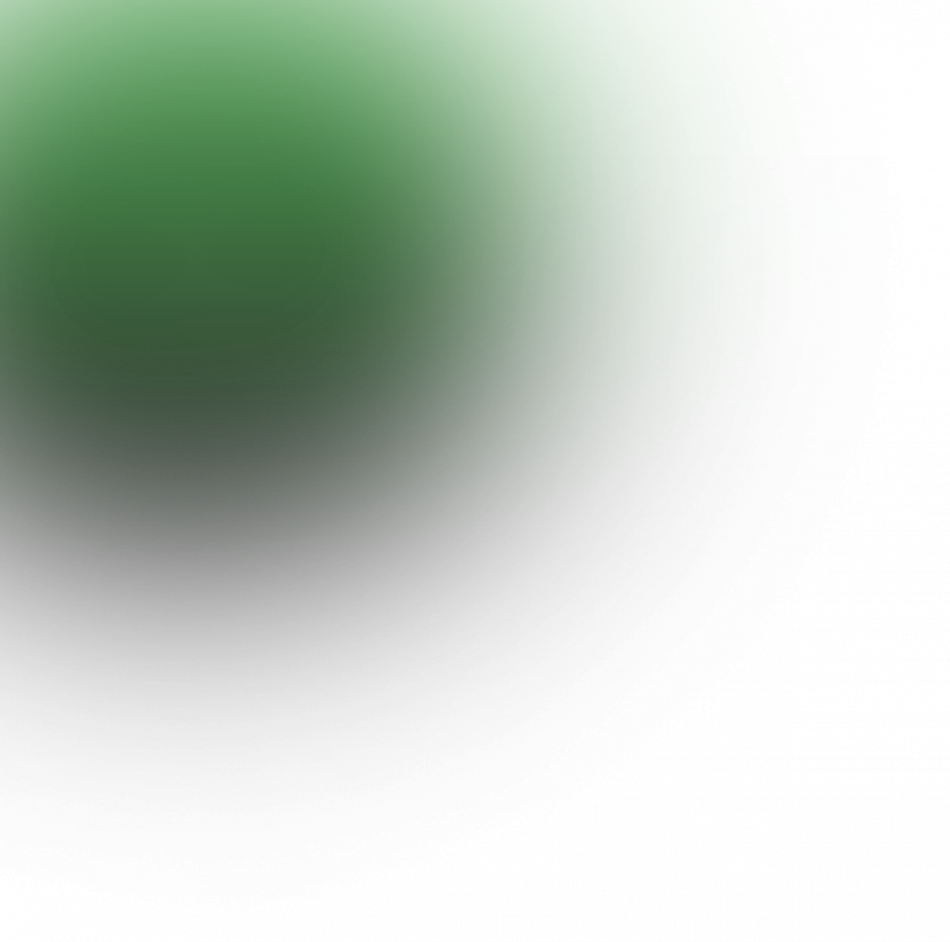 Evolution of the programme

Food and Nutrition Security has been a focus area of the Foundation since inception. The activities included research, community based interventions to promote food security, building capacity at the community level, demonstrating models and policy advocacy. The underlying objective has been sustainable enhancement of livelihood, food nutrition security of marginalized sections of rural communities including vulnerable communities in the biodiversity hotspots of peninsular India.

The Food Security programme area was established as a separate entity within the Foundation in the year 2004, under the aegis of the B V Rao Centre for Sustainable Food Security and the Ford Foundation Chair for Women and Sustainable Food Security. Work under the Food Security programme has been largely supported over the years by the UN World Food Programme and Ministry of Rural Development, TATA Trusts, UKAID, endowment funds from Ford Foundation and the Venkateshwara Hatcheries group, besides a number of small donors. The work has spanned research on the state of food insecurity at national and sub-national levels, action research on community food grain banks, empowerment of women farmers and leveraging agriculture for nutrition. In terms of current activity, the Food Security Programme has been spearheading the concept of Farming Systems for Nutrition (FSN) as a means to enhance the household food and nutrition security of small and marginal farmers. Agriculture, Nutrition and Health programme will retain this focus and engage in activities that address the SDGs, in particular SDG2 (Zero Hunger) and SDG3 (Good Health and Well-being). The approach will encompass SDG5 (Gender Equality) and SDG13 (Climate Action) as underlying cross-cutting themes.

Reports on State of Food Insecurity: Using a holistic concept of food security that takes into account the three broad dimensions, namely, availability, access and absorption of food, the Food Security programme area has published five Reports (between 2001 and  2010) that provide a macro perspective of the country’s food security concerns. These Reports are descriptive documents on the level of food insecurity in rural and urban areas of the major States of India and in the country as a whole.  The Reports have also carried out an exercise of constructing a composite index of food and nutrition insecurity for the major States of India, using a select set of indicators based on available secondary sources of data.  The five Reports that have been published so far have proposed specific recommendations for food security policy in the country.

Studies on the Technological Dimension of Agricultural Crisis:  Two research studies titled, ‘Designing Rural Technology Delivery Systems for Mitigating Agricultural Distress’, one pertaining to Wardha District in Maharashtra and the other to Anantapur District in Andhra Pradesh identified key factors that contribute to agricultural distress in the districts and have suggested suitable recommendations to tackle them.

Study of large-scale feeding programmes and their linkages with small farmers: An exploratory study was undertaken to investigate the possibility of linking small and marginal farmers directly to large-scale public feeding programmes like the Mid-Day Meal Scheme (MDMS), the Integrated Child Development Services (ICDS). The study was carried out in 36 villages in Andhra Pradesh, Madhya Pradesh, Maharashtra, Odisha, Tamil Nadu and West Bengal. The study results were discussed and disseminated in a National level workshop.

Study on Maternity Entitlements: The study, Towards Universalisation of Maternity Entitlements: An Exploratory Case Study of the Dr. Muthulakshmi Maternity Assistance Scheme, (DMMAS)Tamil Nadu carried out in Dharmapuri and Kanjivaram districts of Tamil Nadu was a collaborative effort between Public Health Resource Network, New Delhi,  M S Swaminathan Research Foundation and Tamil Nadu Forum for Creche and Childcare Services. On June 2nd 2010, the Planning Commission hosted a meeting in New Delhi, to disseminate the results of the study to a wider audience, consisting of key Government functionaries from all States.

Study on Mid day meal programme: An e-Report on the evolution and experiences of school-feeding programmes in the country as a whole as well as in the States of Tamil Nadu, Odisha, Andhra Pradesh and Puducherry was prepared and brought out in August 2011.

Study on some aspects of food security policy interventions: This Report presents some aspects of the state of food security in India, in three of its states -Odisha, Kerala and Tamil Nadu – and in the field sites of operation of the MSSRF in the bio-diversity hotspots in these three states, located respectively in Jeypore block of Odisha, Wayanad region of Kerala and Kolli Hills of Tamil Nadu based on secondary sources of information as well as a primary survey conducted in 2013.

Other initiatives: A compilation of more than 200 entitlements (State and Central) that are in operation in Tamil Nadu is being undertaken. The specific details of entitlements, as listed out in the document, are currently being validated across MSSRF field sites in Tamil Nadu. This document that shall serve as a tool for creating awareness among villagers shall be available for MSSRF field workers as well as Panchayati Raj functionaries by end 2014.

B. Community Based Interventions

Mahila Kisan Sashaktikaran Pariyojana was initiated for empowering women farmers, including the widows of farmers who had committed suicide, in Wardha and Yavatmal districts of Vidarbha region, in 2007. MKSP focuses on women who are actively engaged in agriculture, operating own or family land or labouring for wages. The programme addresses empowerment of women farmers through a range of capacity building measures, in the areas of grassroot institution building, sustainable agriculture, and household food security. At present MKSP, Vidarbha covers more than 3000 women farmers spread across 60 villages, formed into 215 women farmers’ groups. (For more details visit http://mssrf-fs-mksp.org/). MKSP was initiated in Koraput district in 2013, covering 2581 women farmers in 45 villages with funding support from MoRD, Govt and OSRLM, GoO. 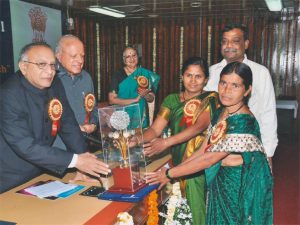 Community Hunger Fighters (CHFs): The high levels of under nutrition amidst a plethora of schemes is a cause for concern.  It is assumed that besides consuming a balanced diet, if there is appropriate utilization of entitlements with efficient service delivery and good governance mechanisms, it would lead to improved food and nutrition security in the long run. People’s participation is key to this. The Community Hunger Fighters’ initiative, launched formally in October 2011, is an action education model, wherein critical awareness of food and nutrition security issues and impetus for action among village communities was generated through sustained capacity building of five leaders consisting of men and women and belonging to different social groups, selected by the village community. A total of about 90 CHF’s, from 18 villages in Kundra and Boipariguda blocks of Koraput district, Odisha have been trained so far. Women’s active involvement in local governance, increased demand for personal entitlements and liasoning with the government authorities have been the major achievements. (Click on video for a detailed account). Currently, the CHF programme has been extended to 3 villages in Vidarbha, Maharashtra. 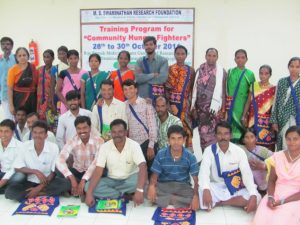 Participatory research in reducing undernutrition (0-3 years): Ongoing participatory research with tribal communities, integrating gender concerns, is being carried out in the above villages to reduce undernutrition in children below 3 years of age. Five trained representatives consisting of men and women known as Community Hunger Fighters work hand in hand with the parents, ASHA Workers and ICDS functionaries to promote better maternal, adolescent and child care practices.  Community managed preparation and distribution of kasantaka churna a herbal medicinal preparation from locally available plants, for reducing Respiratory Tract Infection (RTI) has been supported.

Home Gardens: Participatory research with tribal communities in 3 villages in Kundra block of Koraput district, Odisha in enhancing home gardens with plants rich in vitamin A and C. Baseline survey of the status of home gardens in 2010 is available in the form of a publication. The kitchens garden will be helpful in lowering the instances of hidden hunger by providing the essential micronutrients in the diets of the people ( Narayanan, R and Panda, A .2011).

Farming System for Nutrition: A Pathway for Addressing Malnutrition in India: The Farming Systems for Nutrition (FSN) approach propounded by Prof M S Swaminathan and implemented as part of a research programme on Leveraging Agriculture for Nutrition in South Asia (LANSA), is now being advocated in four states of India. Given the importance of the FSN approach in dealing with the persistent malnutrition among rural households, this advocacy project with a time frame of 18 months was initiated in February 2017, with two core objectives: (1) to advocate the concept of ‘Farming Systems for Nutrition’ across different stakeholders, in Andhra Pradesh, Bihar, Maharashtra and Odisha; (2) to provide policy recommendations for strengthening agriculture-nutrition linkages in these four selected States. This project is being funded by TATA Trusts. 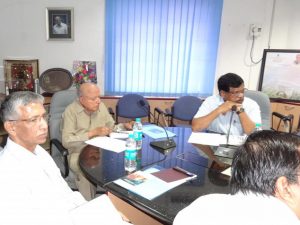 Farming Systems for Nutrition, as a farmer led strategy is defined by M. S. Swaminathan as, “The introduction of agricultural remedies to the nutritional maladies prevailing in an area through mainstreaming nutritional criteria in the selection of the components of a farming system involving crops, farm animals and wherever feasible, fish”. The basic principle underlying the concept of FSN is that diversified food production system has the potential to diversify the consumption basket of farm families. The FSN model is a location-specific, inclusive model based on the resource endowments and specific environment, to address the nutritional needs of families. More details: Farming System for Nutrition 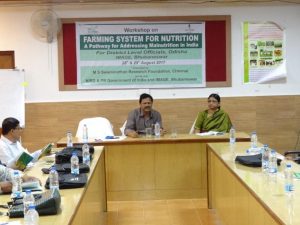 Other initiatives: Education Support Programme in Vidarbha: Education Support Programme, initiated in Vidarbha in 2006, serves as a source of support for suicide affected families by providing an annual stipend to their school going children, in the range of Rs.1,500/- to Rs.3,000/-. On an average, the programme has covered about 75 children each year.

This programme received funding fro the MoRD, GoI and MSRLM, GoM in December, 2011 for a period of three years, since November, 2014. Further the programme has received a no-cost extension for two years and shall continue operations with Govt funds till November, 2016. 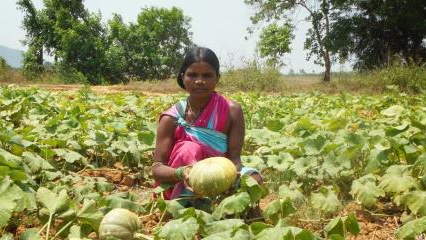 VISION: A society where food, nutrition, health and ecological security are guaranteed to all in a sustainable manner

A. The strategy for achieving the focal themes will be under four strands, viz. Research for Development, Capacity Development, Promoting Grassroot Institutions and Research Uptake and  Advocacy

i. Research for Development:

Monitoring of activities will be an integral component inbuilt into all the implementation strands.

B. Linkage with Other Programme Areas 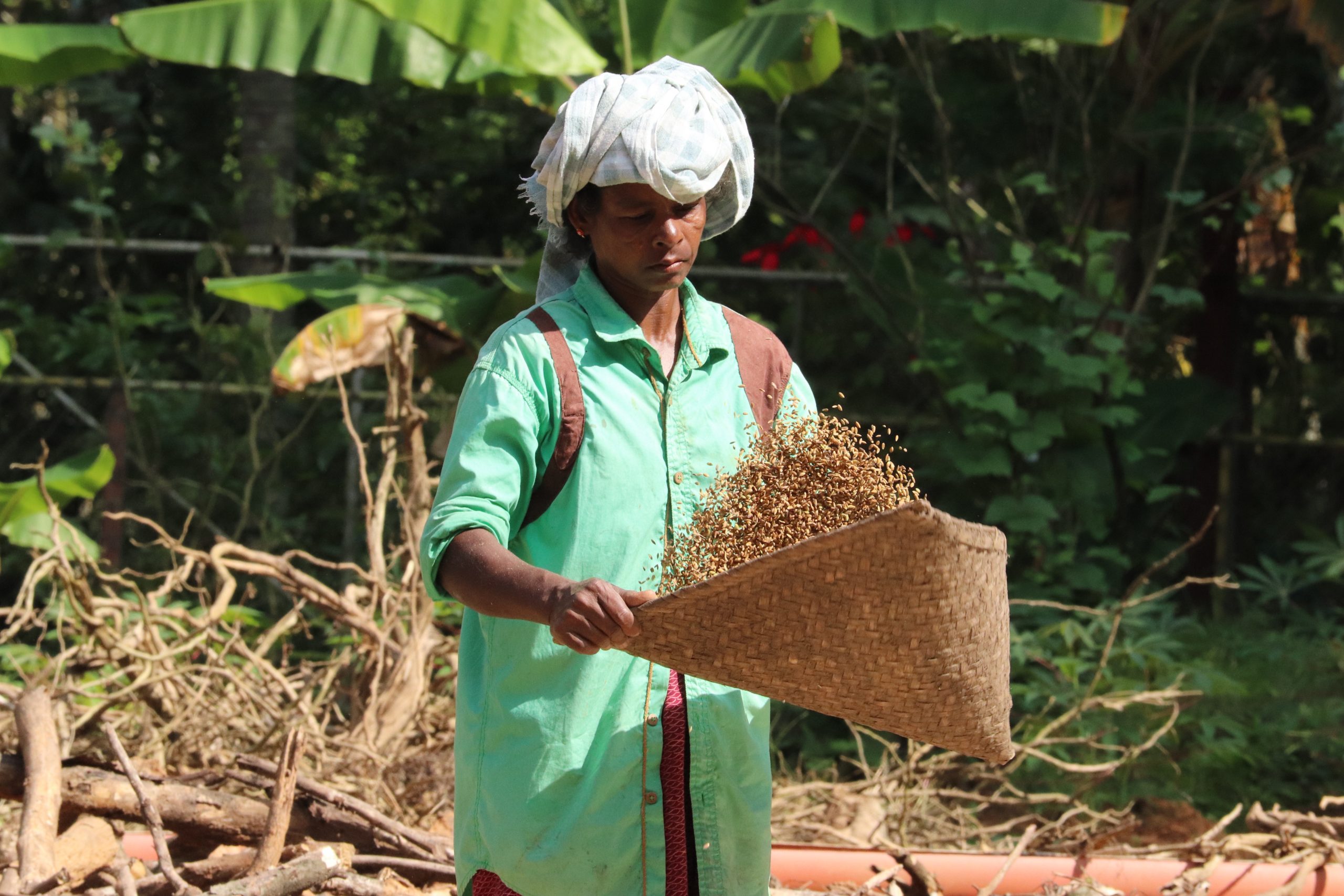 Global Manifesto, Global Plan of Action and Community of Practices on Forgotten Foods as a part of the GFAR Collective Action 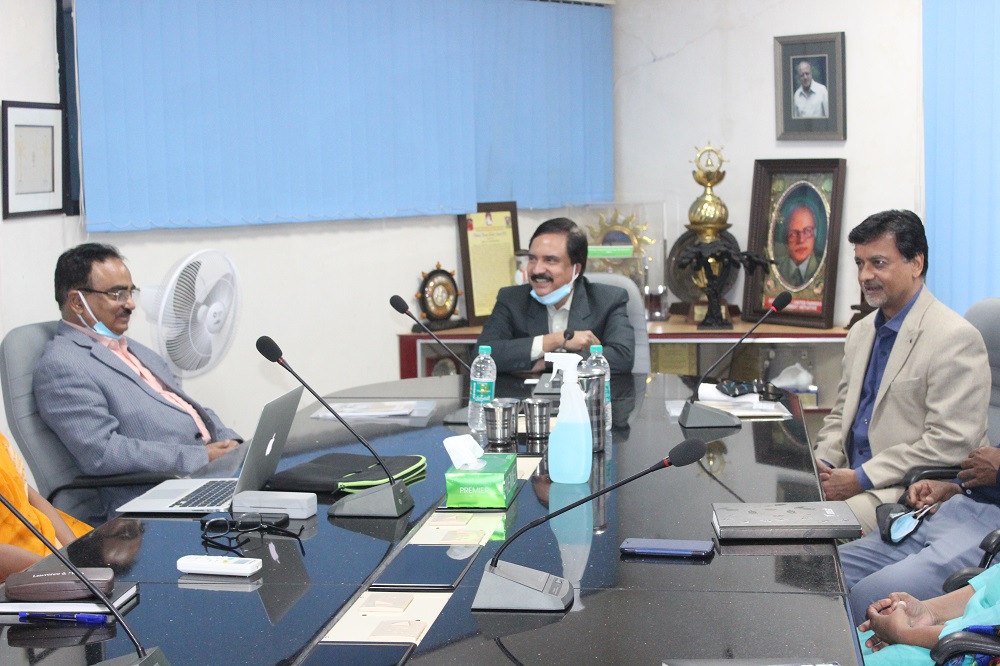 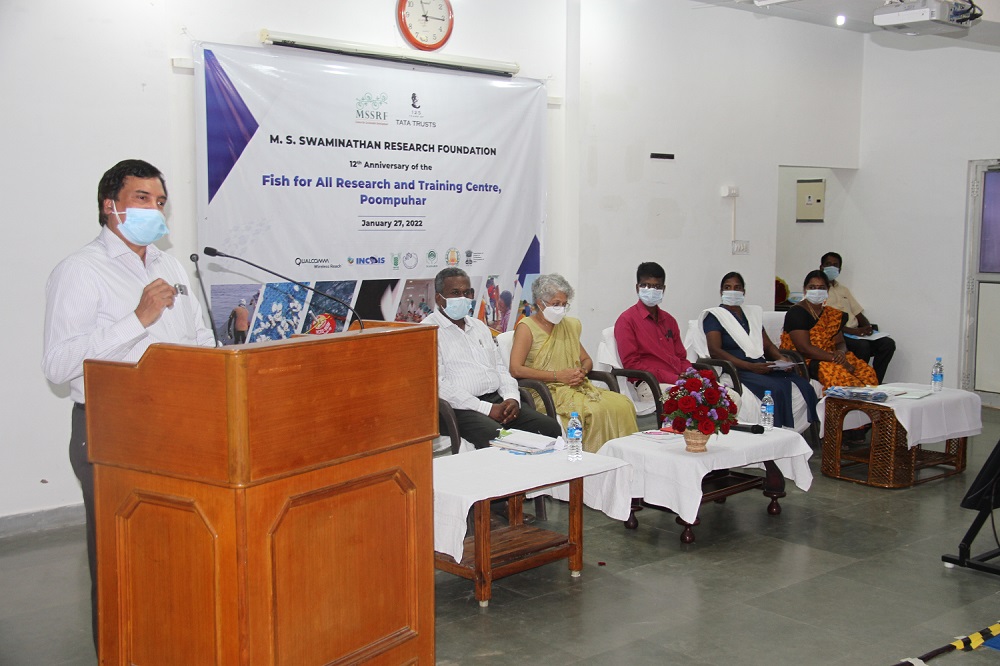