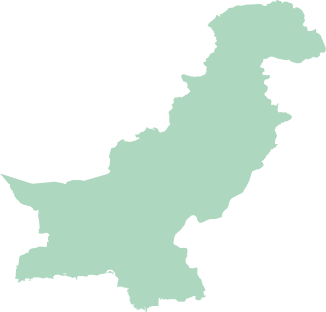 AGRICULTURAL RESEARCH COLLABORATION BETWEEN INDIA AND PAKISTAN: A POSITIVE NOTION

I have been to Pakistan several times and every visit has been a pleasant one. I first went to Pakistan in 1982 when I was DG of IRRI. I met President Zia-ul-Haq and Dr Amir Muhammed, who was then the Head of the Pakistan Agricultural Research Council. I went to see the wheat crop in the Pakistani part of the Punjab and also to understand the Indian part of the Punjab, which was far superior in agriculture than the Pakistani side. I also went to Faisalabad to visit the University of Agriculture. By doing so, we developed a strong relationship between IRRI and the agriculture university. I was asked to give the keynote address at the inauguration of the National Agricultural Research Centre at Islamabad in 1984. More recently, I had gone from MSSRF to Pakistan for the LANSA Advisory Committee Meeting in 2014 at Faisalabad and was received very cordially by the Pakistan government, the Foreign Minister and the National Security Advisor, Dr Sartaj Aziz. We had a good meeting at Faisalabad where I was conferred an honorary doctorate. I was very happy to meet my old friend, Dr. Anwar Nasim, who was then the President of the Pakistan Academy of Sciences.

The Pakistan visits were useful and whatever I recommended in the area of wheat or rice improvement was taken up, particularly rice. As you know, wheat cultivation started 4000 years ago in the old Mohenjo-Daro area.

My impression of the Pakistani leadership was that, right from President Zia-ul-Haq, they have realised that India and Pakistan should work together in the field of agriculture, the dominant security avenue in both countries. India and Pakistan are the largest producers and exporters of Basmati rice. The President emphasised the need for strong collaboration between India and Pakistan in the area of agricultural research. Pakistan therefore realises the importance of public policy on the one hand and sharing of scientific information on the other. This is a warm welcoming step and I hope whatever may be the political differences between us, the scientists of the two countries, the Pakistan Academy of Sciences and the Indian Academy of Sciences, can work together in areas of mutual concern. Issues like climate change are going to be common problems for both the countries.

Also, I must say that a large number of students from Pakistan came to IRRI for their advanced studies. Many of them were registered at the University of Philippines but worked at IRRI for their doctorates. Therefore, even now a large number of ex-IRRI students occupy important positions in Pakistan. They serve as a bridge in some cases in terms of cooperation, exchange of ideas, information and material.

On a personal level, Zia-ul-Haq narrated how he had a wonderful time as a student at St. Stephen’s College, Delhi, and we made arrangements for Dr Amir Muhammed, who was born in the Indian part of the Punjab, to visit his original native village.