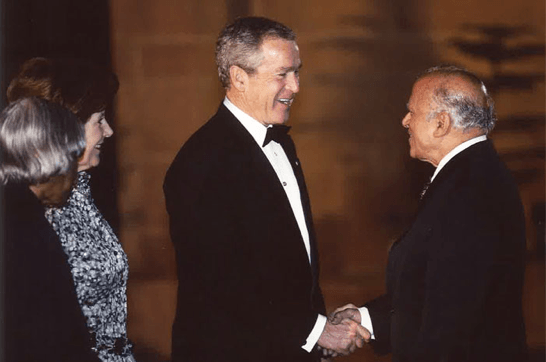 MY CONTRIBUTIONS TO AGRICULTURE IN THE UNITED STATES

After my Ph.D. at Cambridge in 1952, I accepted the post of – Doctoral Research Associateship at the University of Wisconsin, Department of Genetics, to help set up a potato research station. This was the Interregional Potato Introduction Station of the US Dept. of Agriculture (USDA). They were pleased with my work and I was offered a full-time faculty position. Though I had strong personal and professional satisfaction with the research work in Wisconsin, I declined it as I wanted to come back to India.

I have since gone to the US many times and met many important people. United States was a major supporter of Indian agriculture in several spheres. The American universities helped a lot in designing the syllabus and designing the course work and practicals and so on at our agriculture teaching institutions. It was a very good model of collaboration. When I was in IARI, I entered into an agreement with several US universities where our people did the theoretical part, that is, lectures in the US, and the research part in India, thereby combining the capability of both systems.  The other thing, of course, was PL 480 wheat which the US provided us at the time when we were in difficulty.

In July 2007, Borlaug was presented with the Congressional Gold Medal, the highest award given by the US Senate. I was asked to deliver the keynote address at the function which was held in the Rotunda of the US Capitol. It was a great honour for me.  The other speakers were President George Bush Sr. and Nancy Pelosi.  Calling Dr. Borlaug “one of the greatest Americans and humanists of all times,” I highlighted the impact of his work in India. I also talked about Margaret Borlaug, who had passed away earlier that year, saying that it was Margaret’s services to the family that permitted Norman to pursue his life’s mission with single-minded devotion. “We salute her on this day for her silent and unselfish role in shaping our agricultural destiny. She is truly the unsung hero of the Green Revolution,” I said. Nancy Pelosi was very taken up by this and told me that she was very happy as I had pointedly made mention of Margaret, putting to shame all the others, including President Bush, whom she called ‘gender-insensitive’!
I got to know President Carter through his wife Rosalynn, who was a member of the International Commission on Peace and Food of which I was Chairman. I have talked about this with regard to President Gorbachev of Russia. The Commission was formed in 1989 by the Mother’s Service Society, a social science research institute based in Pondicherry. It was funded by UN agencies like UNESCO, UNDP, FAO, among others. It included 25 leading scientists, defence and development experts and politicians. Queen Noor of Jordan and Rosalynn Carter were members. The Commission conducted extensive research and made many useful recommendations to national and international agencies. The Carters were very good hosts and we had meetings of the Commission at the Carter Center in Atlanta.
I met the Clintons when they came to India in 2000. In his speech to a joint session of Parliament, President Clinton talked about agriculture and said the US and India “will work together to spark a second, more sustainable Evergreen Revolution.” When I was introduced to him that evening he remembered my name as the author of the phrase ‘evergreen revolution’ as the American Ambassador had given him a copy of my book The Evergreen Revolution. He apologised for quoting the words without quoting my name.

Norman Borlaug created the World Food Prize in 1986 with funding from General Foods ‘to recognize the achievements of individuals who have advanced human development by improving the quality, quantity or availability of food in the world.’ I was greatly privileged to be awarded the first World Food Prize in 1987. I used the money to start MSSRF.