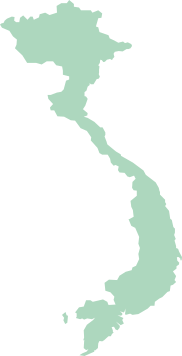 Soon after Vietnam was unified in 1975, there was a great famine in that country. PhạmVăn Đồng sent his Minister of Foreign Affairs, Madame Nguyễn Bình, to Delhi seeking assistance. Indira Gandhi was our Prime Minister then. As a humanitarian measure, she took some decisions. She ordered that the ships carrying 5mt of wheat that we had bought from the US to be diverted to Vietnam. This saved a very large number of Vietnamese lives.

Ms. Gandhi said that the short-term support was giving them wheat, the long term one should be helping them to produce more. I was the Director General of ICAR then. So, she wanted me to go to Vietnam, study the situation there and give advice on what should be done on the agricultural front. I went within one month after the liberation when it was a complete mess over there. Anyway, we travelled all along the Mekong delta in boats. It was the war zone that was neglected by the Americans and the Vietnamese but had the most potential like our Indo-Gangetic plain. I spent nearly ten days and wrote a comprehensive report on the current state. I proposed that the Government of India should help set up the Mekong Delta Rice Research Institute, giving high priority to scientific work and the Indian government took it up. We sent some very good people from Coimbatore, because it was more analogous climatically and ecologically. They did a good job and within two years rice production in the Mekong delta came up enormously and today, Vietnam exports more rice than Thailand. That was a very satisfying experience, I must say.

When I met the Prime Minister of Vietnam in 1975, Phạm Văn Đồng, he was very sceptical about Vietnam making progress in farming at the necessary pace. I assured him that within a few years Vietnam will overcome its problem of rice production by developing the untapped potential in the Mekong delta. He expressed some disbelief and felt that I was just trying to please him. I told him that “you are a country that does not accept the word ‘impossible’, it is not in your dictionary, therefore don’t have any doubts that you will make good progress.” This made a great impact on him and he repeated once or twice “the word ‘impossible’ is not in our dictionary” and from that time onwards his state of mind completely changed, which shows that there has to be political optimism together with political vision.

In Vietnam, I also had the opportunity of meeting General Giap in 1984, the hero of the Vietnamese liberation and reunion, who was the then Minister for Science and Technology. He repeated a statement given by Nehru: “It is science alone that can solve the problem of hunger and poverty and malnutrition. The future belongs to science and to those who make friends with science.” He told me that this was a message he learnt from India.