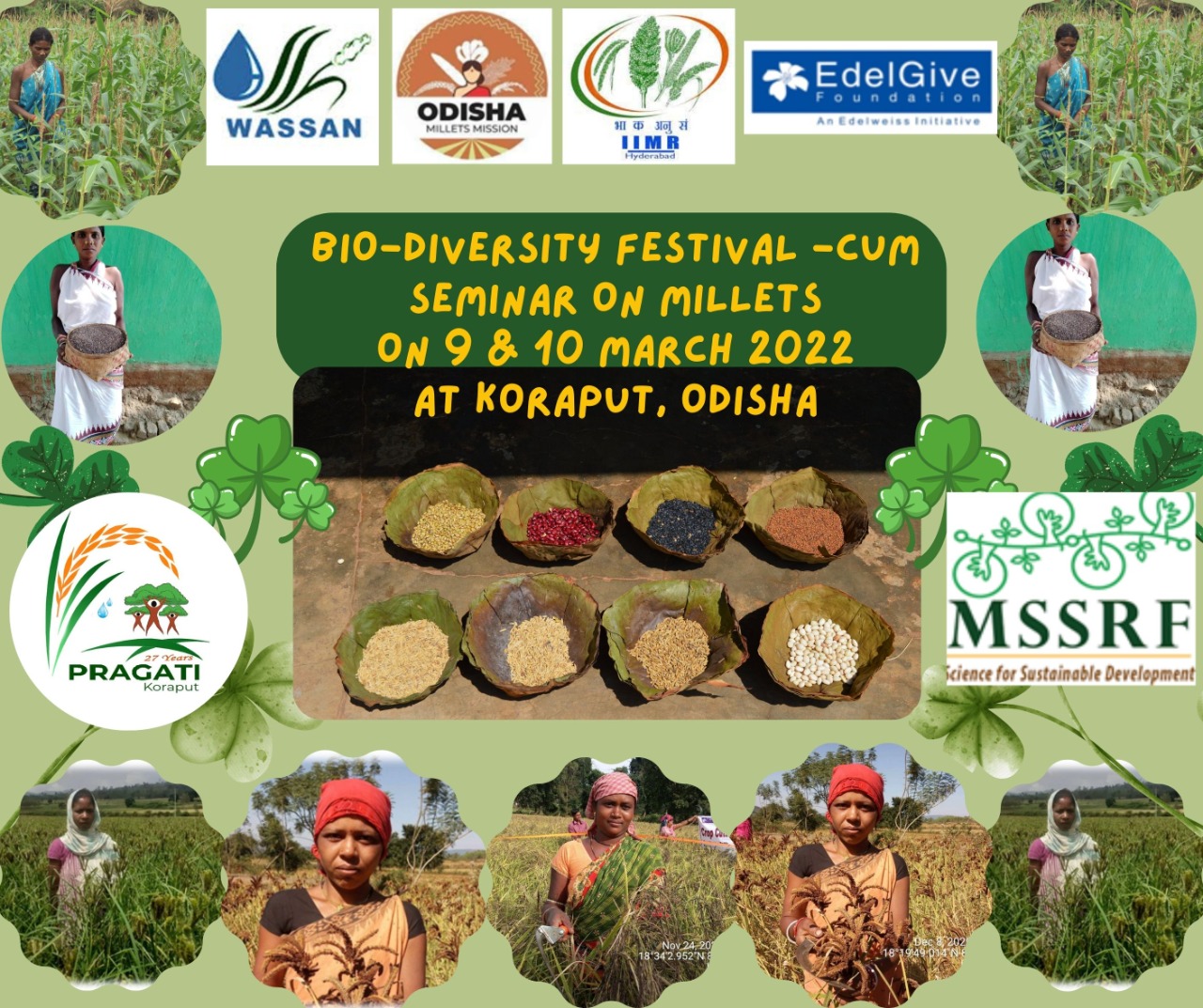 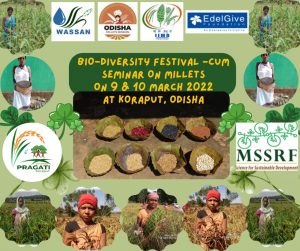 Tribal-dominated districts in South, West and Northern Odisha have been traditional millet-growing regions. Andhra and Bastar regions of Chhattisgarh state also grow millets. In Jharkhand and northern Chhattisgarh areas, millets use to be the primary crop. With agriculture policy focusing on rice and wheat since independence, millet-growing declined substantially. As a consequence, tribal populations suffered nutritional and economic impoverishment. Decline in crop varieties have affected the indigenous cropping systems causing poor dietary diversity.

Recently millets have begun to gain popularity around the world, and it is India leading the way.  The national government initiated the sub-mission on nutri-cereals aka millets, and the Odisha government launched the ‘Odisha Millets Mission’ in 15 districts across the state covering 84 blocks.  The Chhattisgarh government has recently started the ‘Chhattisgarh Millets Mission’ as well. The state of Jharkhand is also considering steps to revive millets. There is increasing awareness to refocus efforts on resuscitate millets now that 2023 is designated as the ‘International Year of Millets’.

In this context, M.S. Swaminathan Research Foundation in collaboration with Pragati, Indian Institute of Millet Research, Odisha Millets Mission, WASSAN and EdelGive Foundation, together with several Civil Society Organization’s (CSOs) from Chhattisgarh, Odisha and Jharkhand organized a ‘Biodiversity Festival-cum-Seminar on Millets’ on March 9 and 10, 2022, in Koraput, Odisha, where more than 750 tribal farmers participated. 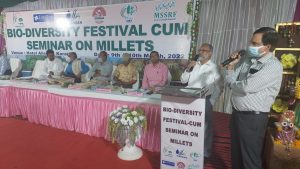 Dr. Hariharan appreciated the achievements of Odisha millet mission in prioritizing marketing of millets to strengthen tribal livelihoods. Emphasising on the importance of millet cultivation to combat climate change, he highlighted the need to conserve traditional seed varieties. Civil society participation in promoting  millets, also phenotypic, molecular and nutritional characterization of neglected diversity of millets including characterization of millet rhizopheric microbiome is necessary to enhance productivity, he added.

The distinguished guests focussed on developing strategic plan to conserve  traditional varieties of seeds and their corresponding market linkage with importance of millets as future foods during the seminar.

Discussions were on improved technologies, issues and challenges in millet cultivation, processing, value-addition, and promotion of millet based products. Prof. S.K. Palita, VC -Central University of Odisha, in the valedictory session emphasised that more research is required on conserving traditional varieties for sustainable biodiversity, adding that R&D must be based on lab-to-land and land-to-lab  approaches for a sustainable society.

Other speakers  emphasised the importance of millet productivity measures and the deployment of various  standard operating procedures for seed production and certification. They agreed that the government should focus on strengthening the FPOs, and establish district-level outlets to sell value-added products, apart from ensuring technology dissemination and raising awareness around government schemes for farmers. The role of CSOs in the policy-making committee was reiterated by all gathered. 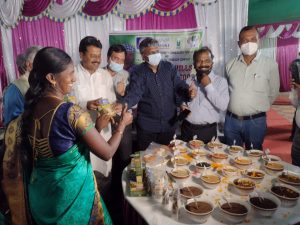 To know about MSSRF’s work on millets in Odisha, read our publications: