Inception of New Projects in Koraput District of Odisha under the auspices of MSSRF Regional Centre, Jeypore 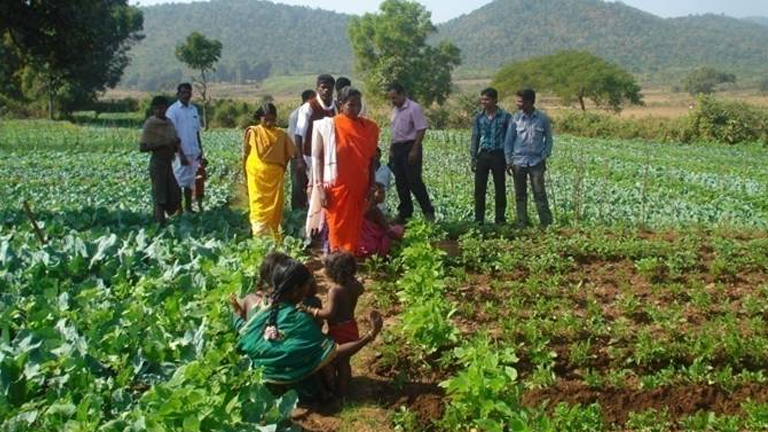 Alternative Seed System project will be taken up in two districts namely Koraput and Ganjam districts of Odisha. The aim of the project is to produce certified seeds of Millets and Green Gram in three years and supply to the farmers in time with participation of the stakeholders Odisha University of Agriculture and Technology, Centre for Pulses Research, KVK, State Seed Production Company, State Seed Certification units.

Integrated Farming System project will address the issues of income enhancement and crop and animal diversification among small and marginal farmers by developing 10 units of aqua based models and 100 units of non aqua based models in Kundra and Boipariguda blocks of Koraput district.

Millets are “nutri-rich and climate-smart” crops and staple food for tribal community in the Koraput district of Odisha. Finger millet and little millet are widely cultivating in a different block of Koraput under rainfed lands as a mono and mixed cropping system with other millets, oilseeds and pulses. Majority of the farmers practice traditional method of cultivation by seed broadcasting approach, only a few farmers perform improved agronomic practices like seedlings transplantation and System of Millet Intensification (SMI). In the cultivation of finger millet, both men and women are involved, but the contribution of women is significantly higher than men. They are involved in sowing of seeds, thinning, weeding, harvesting, threshing, winnowing and drying. The primary source of family income generation is from agriculture and allied services.

Majority of the farmer families are migrated in search of wage laborer both within the district and outside the district. The tribal women often express voices on eroding agro-biodiversity and weakening knowledge base, Inadequate skills in enhancing productivity on farm, drudgery, lack of awareness and limited access to available technology in processing nutri-dense crops which results in limiting access to nutritious food by women and children, lack of access bio-input production to manage good agriculture practices and those are found to be barriers to achieving sustainable livelihoods. The project aimed to enhance the millet productivity through improved agronomic practices using bio-inputs and transforming tribal women farmers as ‘Entrepreneurs’ through forming Mahila Sangh. The various components includes awareness creation, skill building in usage of technology, processing and value chain development and capacity building in the production of millet value-added products and bio-inputs production, thereby enhance livelihoods of tribal women which plays on critical role in achieving the economic, environmental and social transformation required for sustainable development.

The inception and stakeholders consultation meeting was organized with the guidance of  DAO-Koraput, DAO-Jeypore and Dr. E.D.Israel Oliver King, Director i/c,  MSSRF at MSSRF Regional Centre, Jeypore on 8th June 2018. Presentations on “Alternative Seed System & Integrated Farming System Projects” were made by Mr Prashant K Parida and Dr S Malarvannan respectively. Dr. Jegan shared idea of the National Academy of sciences project. During the event, stakeholders from Department of Agriculture, Horticulture, Animal Husbandry, Fisheries, Watershed, Women and Child Scientists, Seed sector, RRTTS and Scientists, Scholars and Development staffs of the Foundation participated and provided their valuable inputs and identified possible area of contributions in the projects.