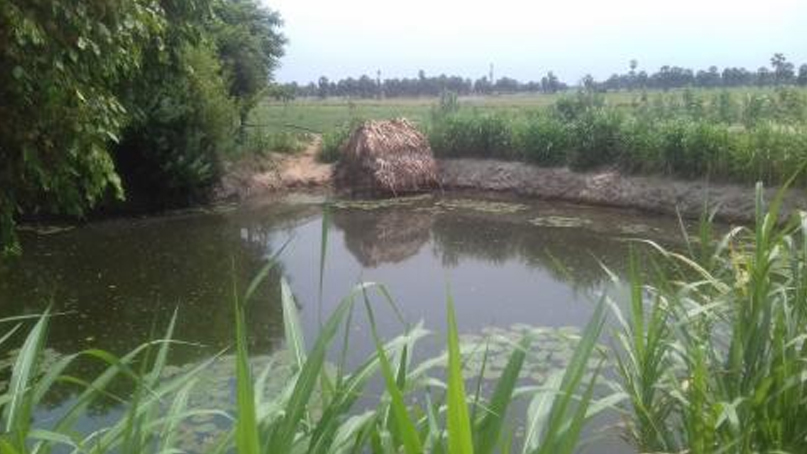 Mr. Samuel Pandian, 38, of village Kaliappanallure of Tamil Nadu, is one of the successful farmers to make regular income by practicing Integrated fish farming System (IFFS) and became the earning icon of his region. He has now become a master trainer and taking the idea of IFFS to other interested fisherfolks.

Like other small and marginal farmers in the Nagapattinam district of Tamil Nadu, he was under stress due to continuous drought-like situations resulting from continuous monsoon failure. 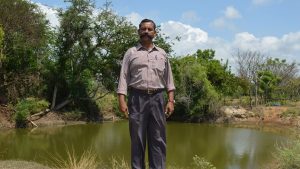 He had been facing consecutive crop failure, which created a precarious situation to look after his four family members.

The region is also vulnerable to climate change as it faces frequent cyclones and floods. The improper drainage system makes the region vulnerable to waterlogging.

MS Swaminathan Research Foundation’s (MSSRF) Fish For All Research and Training Centre has drawn a solution through its IFFS model of integrating aquaculture and agriculture to support farmers. Integrating appropriate farming components in IFFS requires lesser input, space, and time to ensure higher productivity of the system is the only alternative option for agriculture.

In 2019, the Foundation’s knowledge and training gave Samuel a ray of hope, who was on the verge of leaving agriculture. He changed his mind and started practicing IFFS on the farm. He integrated aquaculture as well as agriculture to ensure his regular income security as well as food security.

After a couple of years, he started making regular income and later got huge profits from his farm. Like him, other local farmers also started getting assured regular income which ensures a sustainable livelihood.

National Bank for Agriculture and Rural Development (NABARD) has also joined this supportive intervention by providing timely resources. A total of 30 small-scale farmers has been selected as master trainers. They have been helping others after receiving both knowledge expertise and resources, which brought up enough confidence to perform and practice this integrated farming for their day-to-day fillings.