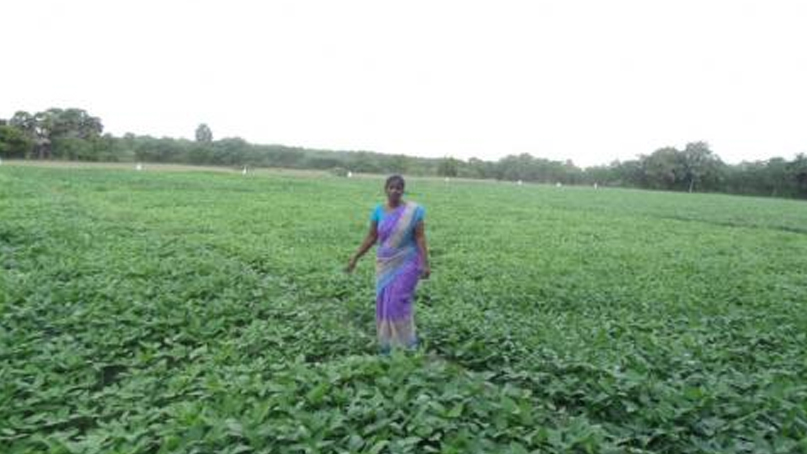 The M S Swaminathan Research Foundation has intervened to turn around a water-scarce Mailam block of Tamil Nadu into an abundant water block through sustainable technological intervention. It helped in increasing groundwater table, recharged dried wells, farmers shifted to water-efficient crops and increased crop productivity, which translated into a rise in farm income. The migration from block drastically reduced.

The intervention has been made under the project ‘Enhancing Crop Diversity and Productivity of Small Farmers through Augmentation of Water Resources in Mailam block, Villupuram district, Tamil Nadu state’.

The Mailam block of Villupuram district of Tamil Nadu was known for its severe water scarcity led to low agriculture production, causing large-scale migration. Open wells are common for irrigation in this region. But more than 65 percent of wells were dried and abandoned.

The project aimed to help small farmers in enhancing crop diversity and increase its productivity through sustainable use of groundwater. The project targets the revival of open dried wells and ensures optimum water utilization with adoption of micro-irrigation technologies.

A global water technology company VA Tech WABAG Ltd, Chennai, signed a Memorandum of Understanding with Chennai-based research and development foundation, M S Swaminathan Research Foundation (MSSRF), in 2017 to facilitate rejuvenation of wells for farming in about 160 acres of land in Villupuram in Tamil Nadu.

MSSRF’s technical inputs and facilitation on the field helped in rejuvenating the wells. The wells renovation works consist of three stages: de-siltation, deepening, and staining wall construction. It recharged the wells and raised the groundwater level. Finally, it increased the land under cultivation, enhanced crop production.

An innovative approach was also adopted to sustainable regulation of the supply side and demand side of the water.

The whole intervention was institutionalised through Nallavur Farmer Producer Company Limited, which has more than 70 percent of the shareholders are women farmers. The support for the restoration was extended on a revolving fund basis to ensure sustainability in expanding the intervention to more farmers.

It created both, tangible and intangible impacts among men and women farmers; 96 open wells were restored, and 130 farmers gained access to groundwater for cultivation and micro-irrigation tools. This ensures an excellent physical asset, and land value for the field has also gone up.

The main benefits are:

Groundwater tables in the wells have increased up to 3 meters;

40 percent of the farmers shifted to low water requiring crops and brought 74 Ha additional area under cultivation;
62 percent of farmers started water efficient pulses seed production, which helps to get better prices than crops grown for grains;
80 percent of the farmers have changed from growing tree crops like Casuarinas / Eucalyptus to more food crops, thus promoting crop diversity and ensuring household food security;
farm income is increased to 30-40 percent; and
migration of male members in the household is decreasing, and women are actively participating in the household decision making on agriculture operations.