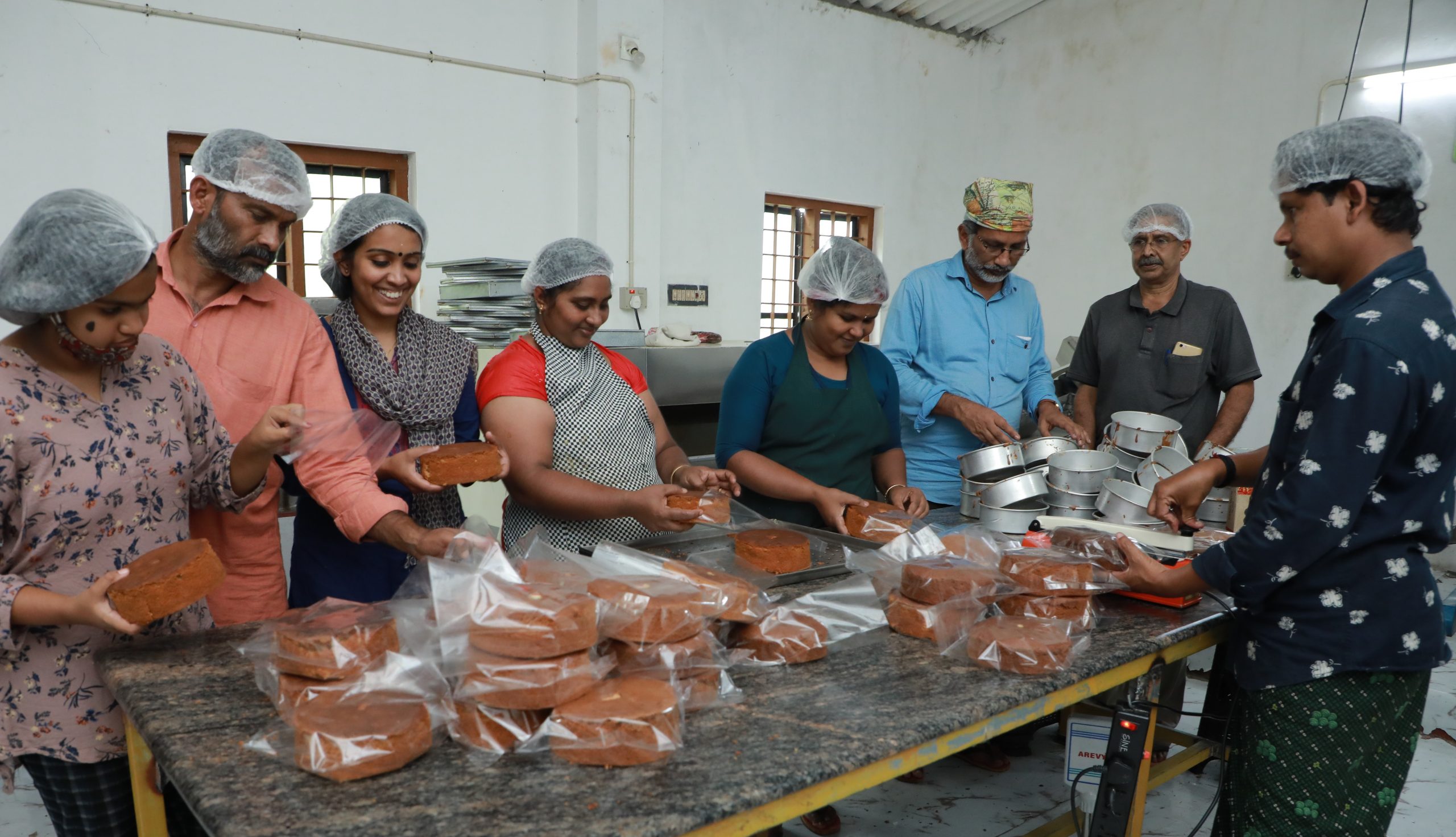 What about sipping the hot evening tea with pepper tinted spicy cookies or a slice of plumcake in jackfruit flavour? Basa Agro Food would be the right choice for those enticing cravings. Being a small venture began from a village named Trikkaippetta didn’t curb Basa Agro Food from dreaming of seizing wide horizons. Dollloping Wayanad’s evenings with an array of Kerala flavours, Basa became an everyday presence in Wayanad’s households these days. Made with Kerala’s own appetizing flavours like jackfruit, black pepper, ginger, curry leaves, bamboo rice and Bird’s eye chillies, Basa’s cookies and cakes have another story to serve.

Keeping the continuity in track, Basa can be proudly hailed as the successor of Jackfruit fest in Thrikkaippetta. Basa Agro Foods exemplifies their quest for more possibilities in food processing by the farmers who organized the first Jackfruit in Kerala back in 2006. Bakery products are often criticized for their unhealthy ingredients. As quality being the prime concern, Basa took the less travelled by making healthy bakery products in rural areas without using a pinch of preservatives and food colouring keeping the knowledge of good food intact. Entering into the corporate ruled industry adds to the amount of hitches on the paths crossed as well, said C.D. Suneesh Basa Managing Director.

Seven Folks Army and one Mission

Seven people with a significant similarity as, all of them were from agriculture families started Basa with whatever savings they had, loans and government assistance wherever they could get it. Suneesh, Dyuti Baburaj, JC Raju, P.V. Daniel, A.B. Vinod, N.V. Krishnan, K. Mohanachandran are the names in the list aka directors of Basa. The first challenge experienced was to turn their plans into reality. From picking up the right ingredients for cookies and cakes to choosing the right recipe, they had an insightful journey so far. Experienced professional chefs were approached one by one but most of them are not fond of even the idea of wheat flour instead of Maida. And what if you say cake with jackfruit powder, indeed doubled the indifference initially. The four or five collaborating chefs experimented with various flavour combinations. The successful ones were taught to Basa’s team.

Manoj, Shailaja Manoj, Radha, Komala, Glindy can be proudly called as the backbone of our venture as they were first learned the recipes and the products are still being prepared by them. Basa also obtained technical assistance from the Ambalavyal Agricultural Research Center and the Mysuru Defense Food Research Laboratory. Now we have taken a long leap since the beginning as Basa’s bakery products are reaching 25 centers including hypermarkets in Wayanad. Basa parcels out wheat flour bread, buns, eight-ingredient cookies and sugar[1]free cookies. As promised no flour or other chemicals are used. Adds to the achievement part, Basa delivered 10,000 sugar plum cakes last Christmas.

Challenges does not have a Fullstop

Capital is still stands as the stumbling block in the successful surge of Basa. The supply chain needs to be further revamped and availability should be ensured as per requirement. Major ingredients like ginger, black pepper, bird’s eye chillies, coffee, bamboo rice etc. are collected from farmers at market price itself. The cost of production is high due to the insistence on quality in the ingredients. Meanwhile, there are other adversities forged through covid and flood. Although the government has all the industry-friendly policies, it does not meet the requirements of the needed. Availability of loans is no different too as you still have to scramble to get a loan. – said Suneesh. Basa too is battling for endurance and they are also looking for some help from the government level to make such alternative models in the field of food distribution to sprout it as a success.

This article was first published in Mathrubhumi on July 16, 2022.