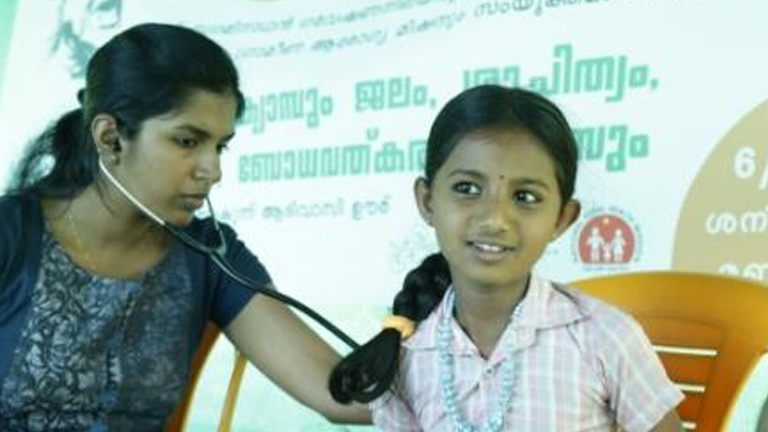 Wayanad: On the occasion of 150th birth anniversary of Mahatma Gandhi, M.S Swaminathan Research Foundation (MSSRF) in collaboration with the National Rural Health Mission (NRHM) conducted a medical camp and awareness session on non-nutrient factors of malnutrition with special emphasis on drinking water quality. The Department of Science and Technology effectively supports the ‘Food and Nutrition Security Initiative’ to address the malnutrition issue of the Adivasi community of Wayanad.

A series of activities have been started to enhance tribal community’s awareness on these approaches. The medical camp is one of the tools to identify the nutrition deficiencies, induced illness, lack of sanitation and hygiene aggravated illnesses.

The medical camp was inaugurated by the Muttil grama panchayat President, Sri. C.K Balakrishnan. In his inaugural address, he said, “Health is a basic requirement for human development and the community needs to be more conscious of it.” Dr. Kavya Venugopal and the medical team from NRHM led the medical camp.

In all 60 people, 24 men and 36 women from the community participated in the medical camp. Anaemia and low blood count were found to be common among women, and underweight was a major issue among children. The medical team suggested some healthy food practices to counter these health issues. Mr. Joseph John, Scientist, MSSRF, spoke on generating awareness on drinking clean water. He helped the community to assess water quality using a simple technique. Mr. Vipindas, Development Associate, MSSRF, gave the vote of thanks.