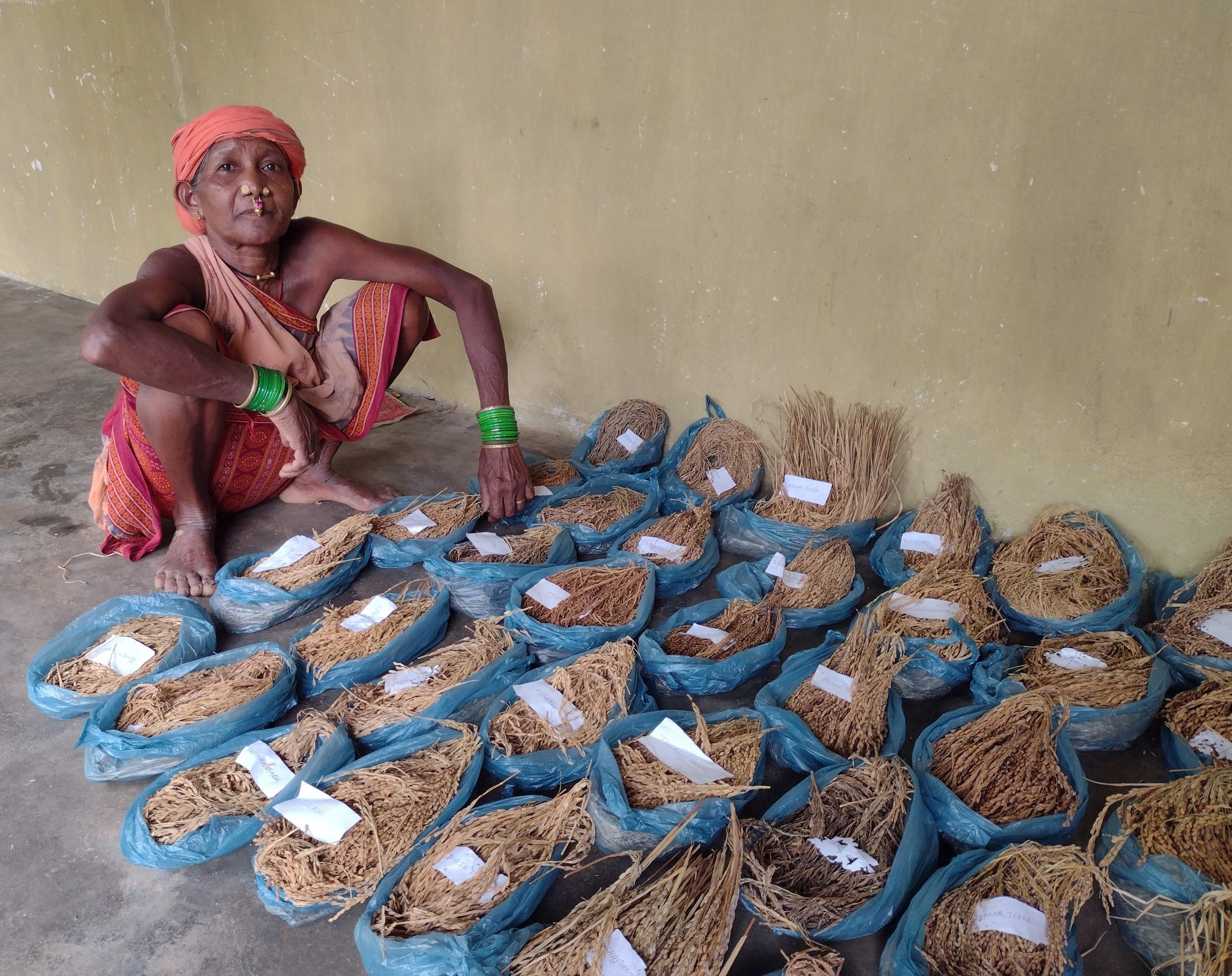 Now-a-days seed markets are flooded with several HYV and Hybrid varieties of seeds.  Likewise the use of inorganic chemical fertilizers and pesticides have also been increased many fold. Farmers are attracted to it for bumper production, more income and profit. In spite of that there are some farmers in Koraput district who still prefer traditional farming practices with indigenous seeds. So they have conserved indigenous seeds for years. Mrs. Tulasa Ghiuria, successful tribal women farmer of Nuaguda village under Lima Panchayat, Kundura Block, Koraput district is one of them. She is cultivating traditional varieties of all crops since long. Apart from paddy conservation and cultivation, Tulasa has become a source of inspiration for others poultry farming, Pisciculture and spices production.

Tulsa’s family consists of seven members; her husband Mr. Trilochan, two sons, daughter and daughter-in-laws. Her daughter is already married and her two sons and daughter-in-laws are living next door. Various local landraces of paddy and other crops are being cultivated by sowing seeds in her 08 acres of land which was the property of her father-in-law. Tulsa is not at all interested in using hybrid seeds, chemical fertilizers and pesticides. She is applying vermicompost, rotten cow dung and other organic manures for maintaining the fertility of the soil.  She is preparing vermicompost with dry leaves, straw, biomass, residues of crops, grass and cow dung.  She is also preparing organic manure(Jeevamrut) by mixing of cow dung, gram flour, cow urine, soil and jaggery.  Instead of using insecticides, she is using handikhat to prevent from disease. The leaves are mixed with cow dung, cow urine, neem and ksheer leaves and covered in a clay pot or plastic drum for 13 days and kept in a shady place. It is being applied as an insecticide to crops. As a result, the soil remains fertile and the harvest is good.

Tulsa is quite sincere and has been able to preserve more than 70 varieties of indigenous rice seeds such as Dangarbasumti, Tikkichudi, Kalajeera, Machakanta, Haldichudi, Asamchudi, Pakhiya, Ojas, Kerandi, Muktabali, Bhatagund, Tulasi, Pathangada, Haldiganthi, Tulsiganthi, Meher, Chiclakuli, Ledar, Chattiachudi, Jhumpachudi, Kalachudi, Kalamher, Dubraj, Shankjera, Oshaganthi. The seeds viz. Lactimachi, Konkachudi, Beelukunchi, Sunaseri and Sapuri are also available to her.  She cultivated Dangarbasumati on 02 acres, Machhakanta on 02 acres, Kalajeera on one acre of land and other local indigenous paddy on another lands and are being conserved.  She established one nutritional garden also. She has also cultivated vegetable for own consumption and the surplus are being sold in the market. Vegetables like yam, chilli, brinjal, drumsticks, leafy greens, tomato and papaya are being cultivated.  She also dug a pond by support of MSSRF under Integrated Farming System for pisciculture. Various crops like fruits and vegetables viz. banana, citrus, papaya, drumsticks, chillies, tomato, cole crops are being planted at the dyke of the pond. She is also rearing goatery and poultry with more than 30 sheep and 40 chicks. She is earning money by cultivating vegetables and flowers also. All these provide them with food and nutritional security. Tulasa is being supported by her son Mr. Gobind, Bansi, daughter-in-laws, Raimati and Devaki.

Tulsa delighted to inform that she gets an average yield of 12 to 14 quintals of paddy per acre and sold at around Rs. 30 to 40 per kilogram. It becomes more remunerative when the demand for domestic rice increases more.  The role of women in agriculture is like that of men. Women are engaged in tilling, weeding, manuring, threshing and harvesting as well as in conservation of seeds.  A farm school has been established with finance from IOB bank initiated and supported by M. S. Swaminathan Research Foundation, Jeypore for agricultural training and capacity building and conservation technique of landraces of the farmers and farm women of the block of Kundra of Koraput district. Tulsa has given the land for the purpose. Besides Tulasa, other women in the village are also cultivating paddy organically. The women of the village formed self-help groups and earning money by mushroom and millet farming also.

This article first published in Sambad e paper on July 26, 2022. 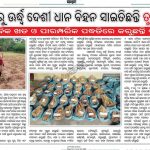