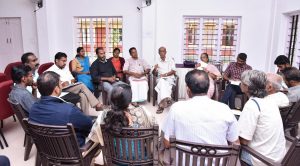 The committee sought answers for eleven questions with reference to the Biodiversity Act 2002 and Kerala Biodiversity Rules. Major questions were on implementing the Statewide Biodiversity Strategy and Action programme; activities of biodiversity management committee and the specific management plan of action for Wayanad district. The team also discussed MSSRF’s efforts into the study, documentation and conservation of biodiversity. The representatives of three groups line government departments, NGOs and community organisations as well as Panchayati Raj Institutions,  briefed the committee about the gaps in implementation of the State Biodiversity rules in Kerala. Some major recommendations were need for

The committee also visited the biodiversity garden of the Community Agrobiodiversity Centre of MSSRF and gained an understanding about the activities of the Centre- in conservation of (Rare Endemic and Threatened) RET plants and crop germplasms of conservation value. 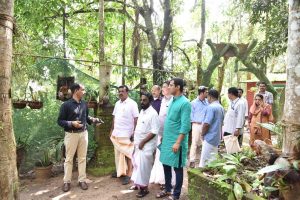