Self-sufficiency in Women through Vegetable Cultivation 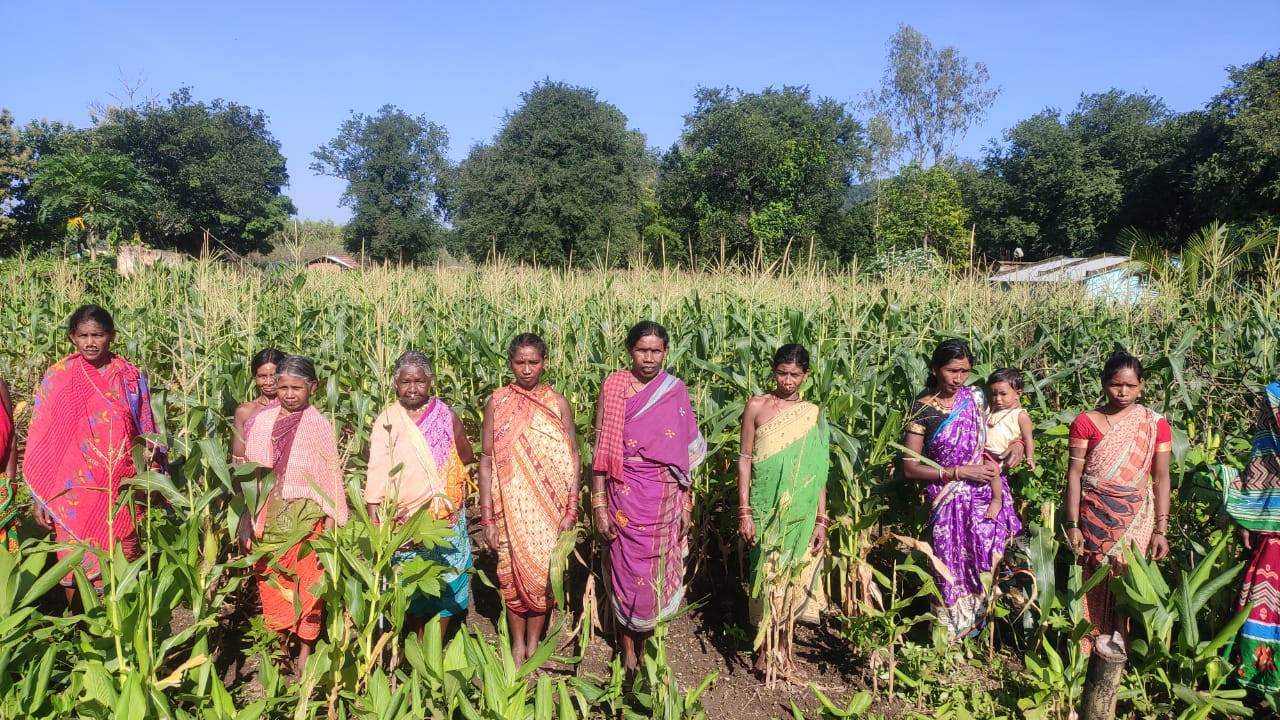 Women are backbone of the society. However, rural women today have been suffering a lot due to the feeling of helplessness and lack of decision-making capabilities in financial matters. Women belonging to low socio-economic groups generally face financial crisis to fulfill daily needs which forms a vicious cycle of financial problems, malnutrition, lack of education and poor living conditions etc. Women empowerment is the key component in mitigating poverty and related problems. Self-help groups (SHGs) are the most recent development for them which could enable them to come forward and make them self-reliant, self-dependent and self-employed. Majority of the women (>90%) joined the group for a variety of reasons like to supplement family income, to develop social ties, to avail economic benefit, to develop habit of savings and to get easy access for credit which resulted in increased income and savings.  In 2011, M. S. Swaminathan Research Foundation (MSSRF) took initiative to serve the needy people in the field of socio-economic development of the marginalized sections of the people were successful in forming large number of self-help groups through Bio Industrial  watershed Project. Birkhamba Self Help Group in Attalguda village of Chandrapada gram panchayat, Boipariguda block of Koraput district is one of them. The group started with 10 active members with aim to socialize and achieve economic self-sufficiency. These groups adopted various income generating activities to achieve financial self-reliance like goat rearing, vegetable cultivation and vending, value addition of rice. The majority of the members of self-help groups participated in various training programmes organized and facilitated and  promoted by  M. S. Swaminathan Research Foundation, Jeypore.  As a result of which women who never used to step outside the four walls of their home became business women and started supplementing their family income by adopting various entrepreneurial activities.

MSSRF trained them in modern farm technologies. While the men of the village cultivated paddy, the women cultivated various crops in the irrigated land. They are also harvesting pulses such as mung bean, black gram and dolichos. They are growing and sell vegetables such as yam, cauliflower, banana, papaya, brinjal, tomato, chilli, dolichos, spine gourd and green leafy vegetables around the year in different seasons. it has been observed that the cultivation of spine guard is more profitable. Once planted, the spine guard can be harvested for 5 years applying only cow-dung manure at lower cost. Each member is earning Rupees Two thousand per month from 4 cents in four months. Apart from this, they set up poshan bagicha (Nutri-garden) for nutrition purposes. In the garden they are planting papaya, drumsticks, amaranthus, citrus, dolichos and maize etc. to obtain various vitamins and minerals required for good health. Earlier, men used to sell vegetables in market, but now women themselves are selling the produce in the weekly market of Bipariguda and Doraguda. They also buy and sell vegetables from outside villages along with their own harvest getting additional benefits of Rs. 2000.00-3000.00 per week. They are making and marketing cakes, sweets and other food products also out of rice. One member is earning around Rs. 500.00 to 600.00 per week.

Apart from vegetable cultivation, women are now cultivating pulses on 5 acres of land and  groundnut on 12 acres. Now the group is also cultivating groundnut under seed production programme. Earlier, they were cultivating groundnut for selling as grains only, which are less remunerative than groundnuts seed. On an average they are getting 8 quintals of groundnut per acre. They sell groundnut also as seeds. The cost of cultivation per acre is around Rs. 22000.00 whereas they got around Rs. 40000/ to Rs.45000/-rupees per acre as gross income. Now the women are farming in group as well as individually by taking loan from the bank. Each member is depositing Rs.100 per month in the bank and withdrawing as per social needs and re-depositing.

Mrs. Rukmini Nayak, Railaguntha, Shashi Nayak, Shukri Nayak, Sameera Majhi, Banda Khil, Lachma Khil, Nayana Guntha, Bhagwati Majhi and Champa Duru are prominent members of the group who are helping others. The women of this group are giving a message to the society as a bright example of women empowerment.

This article first published in Sambad e paper on September 01, 2022. 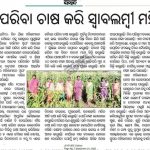