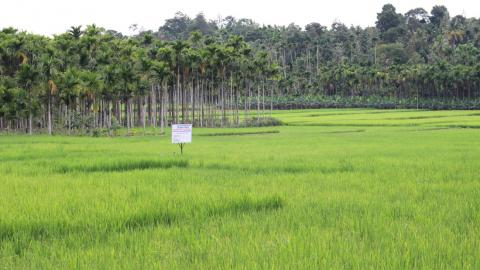 (The following article, is an abridged version of a commentary by MSSRF’s Prajeesh Parameswaran, that appeared in Current Science Volume 112 – Issue 01:  10 January 2017)

India has the highest number of Internationally Recognized Certificates of Compliance (IRCC) to provide foreign researchers, access to India’s Biodiversity. These researchers need apply under provisions of the Biological Diversity Act (2002). India must recognize the access permits with IRCC as per the Nagoya Protocol under Convention on Biological Diversity (CBD).

On 1st October, 2015, India issued the first IRCC making a mark in the history of biodiversity governance. This was a major step towards making the Nagoya Protocol on Access and Benefit Sharing (ABS) operational. The first IRCC was issued by India’s National Biodiversity Authority (NBA) to Ms Seema Solanki, of University of Kent, UK. She was granted access to study the ethnomedicinal knowledge of the Siddi community of Gujarat. Ms Solanki is not supposed to obtain or transfer any form of IPR based on her research without prior approval of NBA. With this, NBA has shown results of 12 years of dedicated work to bring in best of the biodiversity governance system.

Until November, 2016, 46 more IRCCs were issued by NBA. Behind India, South Africa comes next, with 2 IRCCs, Guatemala and Mexico with one IRCC each. Among the CBD signatories, India is leading in bringing various Legislative, Administrative and Policy measures in biodiversity. India published ABS guidelines in 2014. India also produced the celebrated ABS ‘experimental model’ in the ‘pre-Biological Diversity Act era’. This was through the case of the plant Trichopus zeylanicus used by the Kani tribal community of Western Ghats. At that time, supporting legal and policy instruments were absent.