Strategies to strengthen the Nutrition-Sensitive Agriculture in JICA project areas 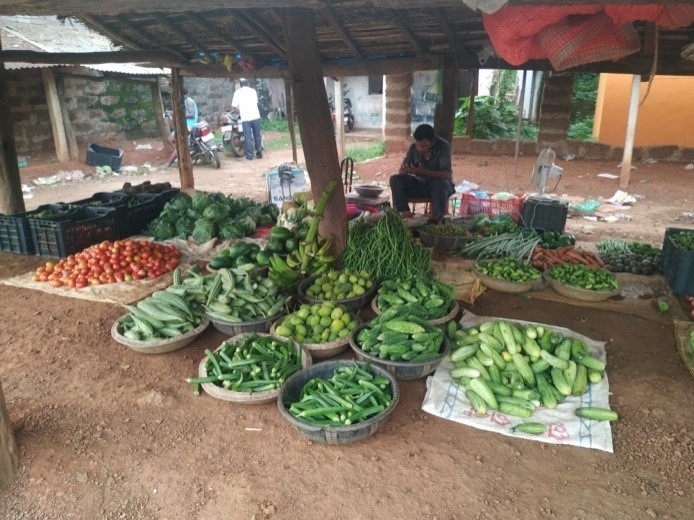 Nearly three out of four rural households in India rely on agriculture, but suffer undernourishment at a higher rate[i]. Developmental programmes are now focusing on bridging the gap between agriculture and nutrition. MSSRF assessed the scope of mainstreaming nutrition dimensions in agriculture through the  JICA project areas[ii] in Andhra Pradesh, Jharkhand, Odisha, and Rajasthan during 2021. Investments were already made to improve the access to irrigation and improve irrigation efficiency in these states. 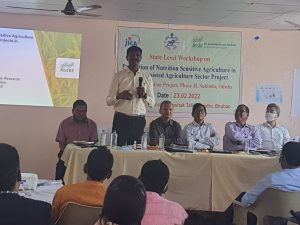 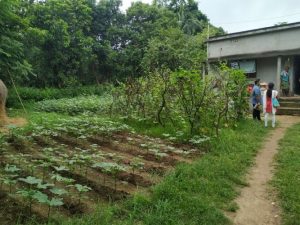 The study sites are predominantly agrarian, with a higher proportion of small and marginal farmers. Cereal-based cropping systems with a wider yield gap and less crop diversification were observed in all the study areas, and these have implications on nutrition. Access to and adoption of improved agricultural technologies are very low, as well as post-harvest and value-added activities, except for the conversion of paddy into rice used for self-consumption. Odisha and Jharkhand have a higher proportion of homestead gardens; it is dependable for two-three months and under-utilized for the rest of the year. Livestock plays a significant role in income generation among rural households. Despite the production, the consumption levels of the farm families are significantly lower. It was also noticed that the protein intake was deficit by 50 per cent with very low micronutrient intake. Low-quality unbalanced diet, coupled with poor and inadequate access to health services, and the absence of nutritional awareness deepens malnutrition issues among all age groups.

The following site-specific strategies were evolved keeping in view of improved access to irrigation to strengthen the agriculture-nutrition linkage from the perspectives of production pathway, :-

1) Promoting varietal change by introducing biofortified varieties in staple crops is a cost-effective, scalable, and acceptable strategy to ensure the intake of micronutrients;

2) Intensification of the cropping systems with millets and pulses in different landscapes, such as – 2.1) in wetlands after paddy, paira/utera – green gram and black gram as a residual crop in rice fields as an intercrop with pearl millet, sorghum, and maize. Pigeon pea as bund and border crop or intercrop with medium duration varieties of castor, black gram, and green gram during Kharif season; and, 2.2) Cultivation of black gram, green gram, and cowpea along with groundnut in both Kharif and Rabi seasons as an intercrop, groundnut + black gram/ green gram (4:1 ratio) and groundnut + cowpea (6:1 ratio);

3) Promotion of small millets in dry lands and gardens;

4) Establish the agroforestry system in the commercial orchards with fruit crops like papaya, orange, guava, pomegranate, lemon, intercrops of pulses, groundnut, maize, etc., green leafy vegetables in the farmlands for own consumption;

5) Upgrading home gardens as nutrition gardens with all four groups of fruits and vegetables. Also, introduce locally adapted, culturally important species along with a plan to harvest vegetables throughout the year;

6) Integrating with livestock – backyard dairy, poultry, fishery, duckery, etc., along with cropping helps with animal-based foods for the households;

7) Making valuechains nutrition-sensitive – locally adapted wild foods and greens can have value addition with accepted forms of produce; and

8) Nutrition literacy – sensitise all age groups to understand the importance of a healthy diet and nutrition-dense species to grow diversified food groups in the villages.

[i] FAO, IFAD, UNICEF, WFP and WHO. 2021. The State of Food Security and Nutrition in the World 2021. Transforming food systems for food security, improved nutrition and affordable healthy diets for all. Rome, FAO. https://doi.org/10.4060/cb4474en