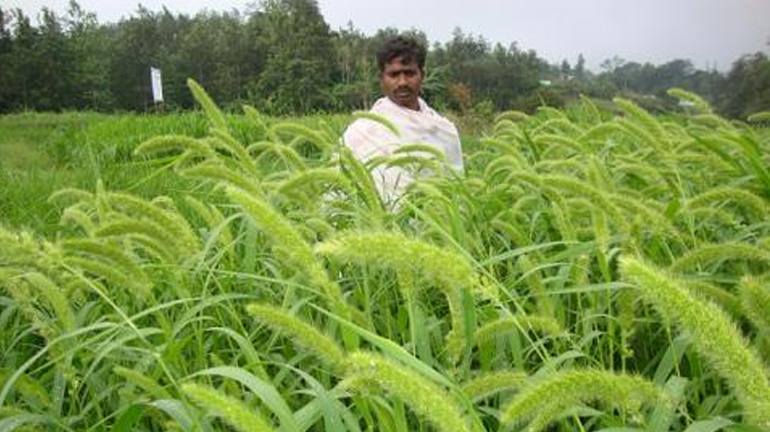 Food security one one of the foremost goals of social policy in most developing countries, including India. Subsidies for food security can be at the producer level (through price support and procurement), at the storage, processing and transport level and, finally, at the retail level (that is, to the consumer). As per the WTO Agreement on Agriculture (AoA), subsidies are permissible except through price support and procurement. Since many developing countries use this mechanism both to support farmers and to acquire food for buffer stocking and distribution, the WTO axe is only on developing countries.

The growing restrictions on developing countries – or the shrinking policy space for governments of developing countries is the theme of a new book by Sachin Sharma, an expert on WTO issues. Sharma has examined price support, procurement and stock-holding policies in 12 countries, namely India, China, Egypt, Jordan, Morocco, Kenya, Tunisia, Indonesia, Turkey, Pakistan, Zambia, and Zimbabwe.For each country, he makes a detailed examination of the requirements of food security with reference to the space available under WTO rules and regulations. Specifically, he calculates when the permissible limit (for subsidies) under the WTO regulation will be breached, following which the country will be disallowed further public support to farmers.

In Egypt, for example, wheat is the main staple and,since Egypt is not self-sufficient in wheat production, imports play a major role in food security. The General Agency for the Supply of Commodities (GASC) is responsible for procuring wheat from domestic producers as well as for importig wheat. The government offers a guaranteed support price in order to boost domestic wheat production. When Egypt joined the WTO it did not notify any amber box subsidies for the base period, 1995-98. So Egypt has to follow the general rule that subsidies (Aggregate Measure of Support) not exceed 10 per cent of the value of production for each crop in the case of crop-specific support and 10 per cent of the value of agricultural production for support that is not product-specific.Sharma’s calculations show that Egypt breached the 10 per cent support limit for crop-specific support in all years from 1995 to 2014 in terms of domestic currency. During this period, wheat procurement rose from 12 per cent to 46 per cent of production. While the currency depreciated relative to the US dollar, the subsidy bill did not rise proportionately in dollar terms. Nevertheless, the main point is that Egypt is at a high risk of breaching the de minimis limit under the WTO and such a breach is likely to prevent the government from continuing with its procurement policy.

The crux of the matter is that subsidies to consumers were placed in the green box (or permissible subsidies) by the AoA whereas direct support to producers (through input or output prices) are placed in the amber box, as they are termed trade-distorting subsidies, and have upper limits and a schedule for reduction. Furthermore, the reference price for calculation of subsidy is fixed at a base year price (1986-88 for India). As prices rise over time, the subsidy amount will be breached without much change in policy.

these illogical provisions of the Agreement on Agriculture are creating problems in implementing food security policy in developing countries and could push millions of farmers and poor people into the vicious circle of low income, poverty, malnutrition, extreme hunger, and low level of human development. (p 204)

The salient conclusion of Sachin Sharma’s book is the shrinking policy space in developing countries for policy support to agriculture, to farmers, and to food security. There would be no problem, though, if any or all of these 12 countries imported grain to meet their food security requirements!