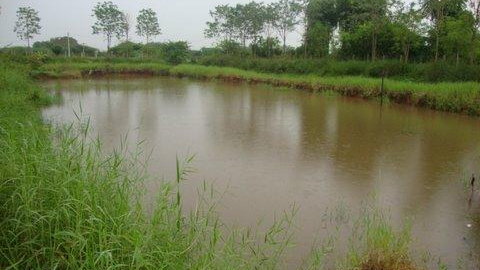 March 22, 2017: The drought declaration in many states, especially the ‘water sensitive’ five southern states, indicates that we are facing an alarming water crisis this year. There’s a 60-70% monsoon deficit and reservoir levels are as low as 6-13% in these states. The first crisis will be drinking water in urban and rural areas. Tamil Nadu declared 21 districts as ‘drought-affected’ this year. In Karnataka this number was 22 while Kerala declared all districts as affected by drought. The ‘worst monsoon in 145 years’as described by the Meteorological Department will impact grain production this year and subsequently prices. In this situation community participation is the missing link that could help for long term measures to combat drought. This has been emphasized by many stakeholders. The Tamil Nadu Government’s order of 2003 making rainwater harvesting compulsory in Chennai city showed its impact in improving the water table levels and also quality. While citizens may not have initially appreciated the idea, the measurable impact proved this. However, it should have been sustained to safeguard against drought.

Groundwater recharge through farm ponds, recharge wells and water conservation measures greatly benefit with people’s participation. By sustaining such efforts we are better equipped to face crisis periods like what seems ahead.

MSSRF showed the impact of water conservation through its Bio-Industrial Watershed Programme in two districts of Tamil Nadu and Odisha. Recharge of groundwater was measured and used optimally to produce three crops a year. The institution received several water related awards including from the Ministry of Water Resources and the Global WAF Award besides being recognized as a best practice by the Rural Development Department. One of MSSRF’s concepts in resource management was waterbanks in villages on the lines of seed banks to buffer for periods of drought. The community members participated in these schemes leveraging MNREGS to desilt tanks and construct contour trenches.

We need long-term measures to combat drought on a war-footing leveraging relevant schemes so water is harvested and conserved to improve resources. The Gram Panchayat should be the base for water budgeting of community water needs. All stakeholders should pool together resources for conservation measures with application of science of water so even drought can be overcome.