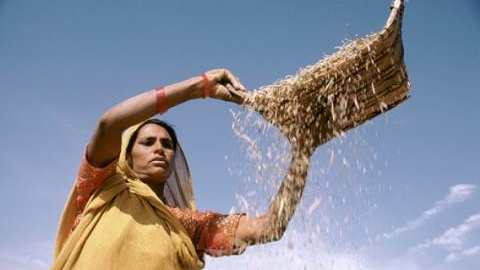 To commemmorate the  International Year of Family Farming an Asia-Pacific Conferene will be held at MSSSRF,Chennai on August, 2014. One of the major objectives of the confrence is the  launch of  Zero Hunger Programme in India.

1.Gender dimension of family farming : In order to ensure the sustainability of family farming in an era of corporate farming we should engender all development and educational programmes. This discussion can be cosponsored by UN Women. I have already written to Ms Roberta Clarke and I shall be grateful if you can kindly follow it up. Fortunately the Indian Food Security Act recognizes the senior most woman in the family as the Head of the Family from the point of view of food entitlements. This is an explicit recognition of the role played by women in safeguarding and strengthening household food and nutrition security.

In addition to this special event, please write to all countries participating in the Chennai conference that they should include in their country report, a detailed account of the efforts taken to empower women in family farms.

2.Every family farm a nutri-farm : The goal of this special event is to discuss how to integrate nutritional considerations in family farms.  In other words, how can we provide agricultural remedies to the major nutritional maladies prevailing in the area. The nutri-farms may include the cultivation of biofortified crops and varieties. I hope as a result of this discussion, we can make a proposal to the UN for declaring one year in this decade as “International Year of Underutilised (Orphan) Crops”.

4.Reaping the demographic dividend in family farms : This special side event could deal with methods of attracting and retaining youth in farming. It is obvious that the future of agriculture will very much depend on attracting youth in crop and animal husbandry, fisheries, forestry, agro-processing and agri-business. Our region is predominantly a land of the youth and we should do everything possible so that young women and men get involved in the technological, economic and managerial upgrading of farm enterprises.

The Regional Guiding Framework for Achieving Zero Hunger in Asia and the Pacific by 2025 which you gave me is a good draft. I have the following suggestions: