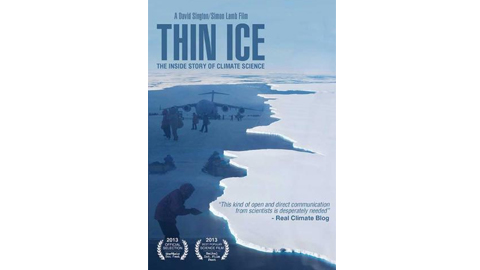 Wayanad, May 2017: Award winning Science documentary film –“Thin ICE” was screened at MSSRF Wayanad, in collaboration with Yuvasabtham, Youth Club, Vandiyambatta. The 75 minute documentary film narrates  the ongoing research at Antartica region by a team of scientists from Victoria University Wellington, New Zealand. The film was first of its kind screened in India, subtitled in Malayalam.The viewers could understand the  massive depletion occurring in Antartic region and the mammoth process of research being done in the field of climate change across the globe.

The film also describes global warming, rising in temperatures, and the various technologies involved in such research, and how scientists from various counties are working on aspects of climate change.

The documentary film was viewed by students, scientists from MSSRF,  and invited guests, working on climate change.

A video conferencing was arranged for the viewers and they interacted with Emeritus Professor Peter Barrett, and Professor NancyBertler,- scientists from Victoria University Wellington, who took a lead role in the Antartic project. The discussion focused on climate change concerns, the location-specific adaptive measures that can be taken by the community and role of policy makers for bridging such interventions. The sessions was moderated by Mr.Abijith UV,Research Scholar, Antarctica Scientific team.

The documentary film “Thin Ice “deals with science of climate change from the common man’s perspective and gives a clear perception of the rapid deterioration of Antartic region, with a wider picture about global warming,  as also the factors of affecting climate change and triggering impacts of greenhouse gas emissions.