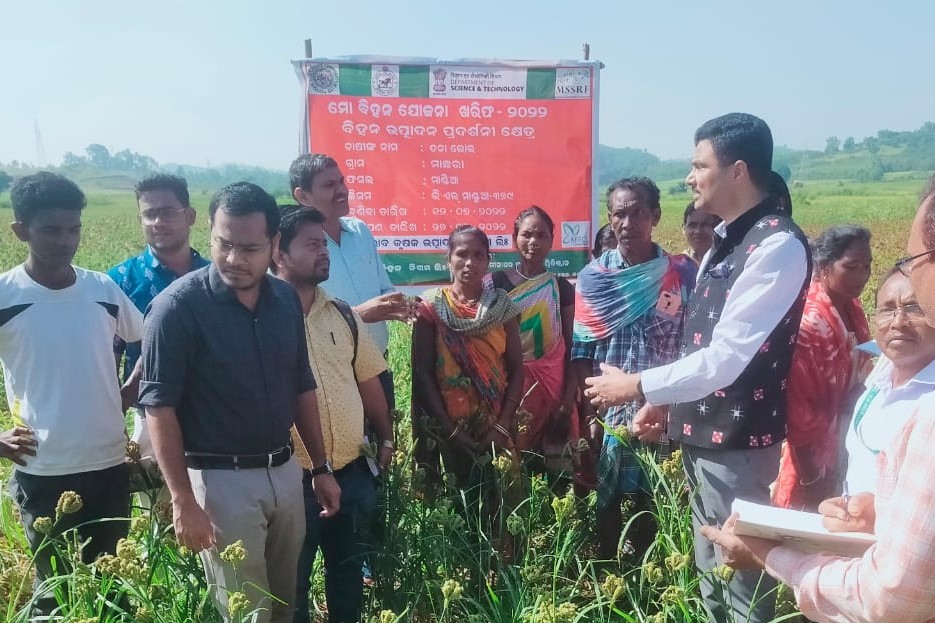 A special programme for promotion of millets for addressing crop failure and nutritional deficiencies– ‘Reviving Millets in Farms and on Plates’– was launched in tribal areas by the Government of Odisha in 2017-18 under a flagship programme of Odisha Millet Mission (OMM). It is being implemented in partnership with a network of civil society organisations. MSSRF is a facilitating agency under the programme for Kundra block in Koraput district.

The first phase of the programme was very successful, and OMM became a model that was well appreciated by the Government of India and many states such as Jharkhand, Chhattisgarh, Maharashtra, Assam, etc., and the model was thus replicated in these respective states. 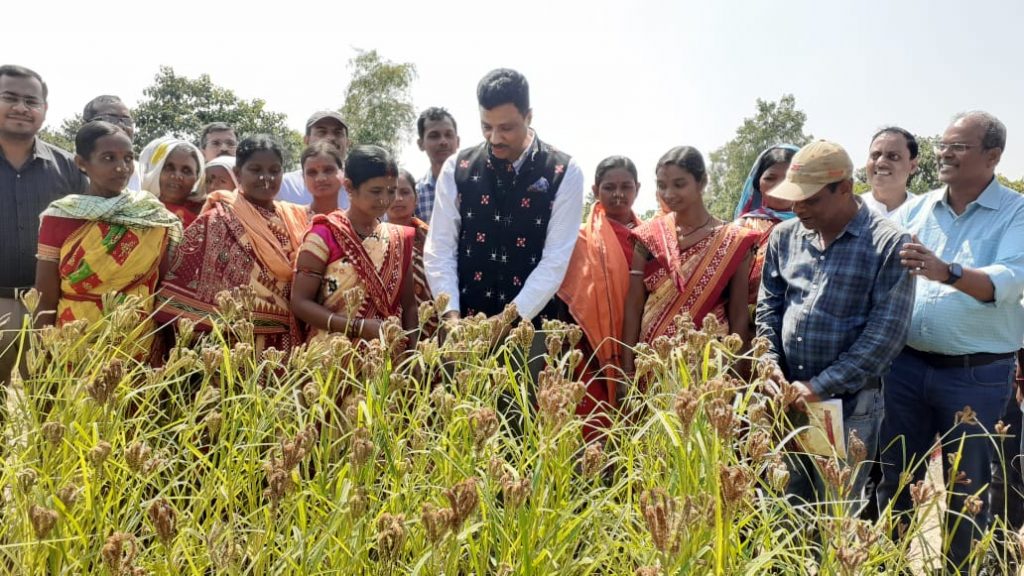 Dr. Arabinda Padhee, Principal Secretary, Department of Agriculture & Farmers’ Empowerment during his three-day tour of Koraput, visited MSSRF’s operational areas on October 22 to see the activities. He first visited the seed production field of finger millet at Machhara, Koraput, which covers 65 acres under the DST-supported STI Hub project. Dr Padhee appreciated the efforts taken by MSSRF in the area of seed production.

Earlier between 2018-2021, certified and establishment of finger millet and green gram seed production were taken up through an Alternative Seed System Model project supported by RKVY through the Department of Agriculture & Farmers’ Empowerment, Government of Odisha. Since the model was successful, Dr. Padhee recommended that it can be taken forward in large scale as Odisha Millet Mission by expanding growing area, especially with high demand for finger millet seeds and availability problems.

While visiting some of the millet fields in Kundra block, he interacted with the farmers and was happy to note the technological interventions such as the System of Millet Intensification (SMI) method of farming, line transplanting, ridge and furrow methods, intercropping, etc., in millet cultivation.

Dr Padhee then visited the finger millet trial field at Nuaguda village where 124 landraces of finger millet are grown in three replications and interacted with some of the custodian farmers at the farm school. He noted that this is a first-of-its-kind where the state Government collaborating with ICAR-IIMR and MSSRF are growing124 varieties of finger millet landraces. IIMR does the nutritional profiling of all the varieties so that farmers have a greater choice.