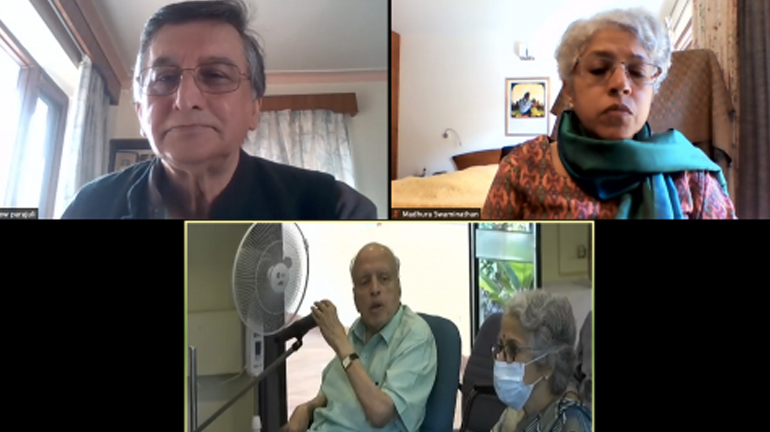 How do you know that a person was much loved and respected? When you remember many things both small and big about them. For instance, Dr Pedro Medrano would be served a black coffee after every meal, something that catering staff at MSSRF knew about this cheerful and kind guest. Or how he was instrumental in releasing a massive aid program to Afghanistan from WFP, triggered by a news story of a person who sold his son for wheat.

These and many other recollections marked the special condolence meeting organized by MSSRF on December 12, in memory of Dr Pedro Medrano, a Chilean diplomat, former President of the Food and Agricultural Organization’s Committee on World Food Security, former Director of the UN World Food Program (WFP) and Regional Representative of the WFP in India, who passed away recently.

Recalling his friendship, Prof M S Swaminathan said, “In this very hall, in 1999 Pedro had visited us for a consultation. At the end of the meeting, he expressed his desire to collaborate with MSSRF since both shared same views and goals. It was such a pleasure to work with him. He used to feel whenever something is good, we should follow it up, not just leave it at that. Most of all I remember him as a good human being.” Personally, Dr Medrano loved staying on MSSRF campus, and had a deep and affectionate friendship with Prof M S Swaminathan.

Mr Bishow Parajuli, Country Representative to India, World Food Program (WFP) said “Pedro was a very close friend and colleague. I had worked with him for a number of years and he was a wonderful, kind human being, practical, with a great sense of humor & cherished in WFP for his innovation, tactical approach, strategic approach and strength. I wanted to bring him back to India and we were planning to work when the COVID situation changes. I am deeply sad and extremely shocked at his passing.” He also recalled that Dr Medrano had tremendous respect for Prof Swaminathan and for MSSRF. practical with a great sense of humor. “Personally, I learnt a lot from his vision,” said Mr Parajuli.

Dr Madhura Swaminathan, Chairperson MSSRF said that from reading about what Dr Medrano has written on food and hunger, it was evident that this was not just a career for him, but that it was his life. While being happy that MSSRF had a long partnership with him, she expressed shock on his passing away. 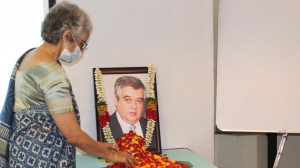 Dr Soumya Swaminathan, Chief Scientist, WHO said “Pedro was a simple and humble man and a very compassionate person. In the pre-anti-retroviral drug days, we had discussed the co-relation between nutrition, tuberculosis and HIV and found that by providing a take-home ration supplementation program, the quality of life and improvement in lifespan could be projected for those living with HIV. This was taken up by Tamil Nadu government and Government of India and absorbed under the National TB control & HIV control program. It was the WFP partnership that made it possible to demonstrate a nutrition-based approach, which is still very relevant today since malnutrition is the highest risk factor for TB. The best way to carry on Pedro’s legacy is to continue to focus on areas that are not only important, but also those to which he was very passionate and committed,” she said.

Dr R V Bhavani, Director MSSRF spoke of a landmark work that had been done by MSSRF with WFP support – the Food Insecurity Atlases from 2000 onwards – during which time, she had had occasion to interact closely with Medrano, followed up by a series of consultations on ‘Hunger-Free India’. They also worked to set up community food grain banks and fodder banks in Ladakh besides bring out the food insecurity report of Jammu and Kashmir with special emphasis on Ladakh. “He would always have a cheerful word, a twinkle in his eye and a greeting for everyone, even if he was just passing by,” she said.

Dr N Parasuraman spoke of the great friendship of Pedro and Prof Swaminathan who first met at the World Food Summit in 1996 when he Dr Medrano was in the FAO. He quoted how the two were disturbed by a news story during the 2002 Afghan war, about someone selling their son for wheat and discussed over a call. The food material sent from WFP to Afghanistan was initiated by Dr Medrano was triggered by this conversation. He also described how he was awarded an honorary doctorate from the Tamil Nadu Agricultural University that he received a few years ago. He last spoke during October, enquiring after Professor’s health and urging to take care of him.

Dr K S Murali Executive Director, MSSRF recalled the Food for Work program in Rajasthan, one of the key initiatives of WFP from which many people benefited.

Dr Medrano passed away in November, leaving behind many people and institutions he has touched and also the legacy of a kind and dedicated human being dedicated to cause of food for the hungry.