For food security, Universal PDS is better than a targeted approach: MSSRF study 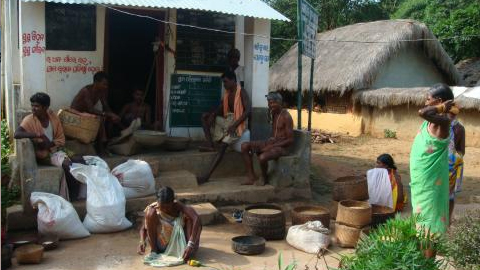 Chennai, March 23,2017: The universal approach in PDS adopted in Tamil Nadu is a better system than the targeted system being followed in other states, with lower levels of exclusion among the poorer sections of households, said Ms Anuradha, Principal Scientist, Food Security, MSSRF in her doctoral thesis presentation held at MSSRF.

In her thesis she highlighted the important role the PDS plays in rural areas in providing food security, especially to the poor. The study while taking into the macro perspectives did a comparison on a rural settlement, i.e Aduthali, situated in a backward district, Villupuram, with a majority of poor and deprived persons, and an urban hamlet the Hariappa Road Slum, in Chennai city. The study found that the reach of PDS is significantly larger in rural and urban areas of Tamil Nadu compared to India, the reach in every Monthly Per Capita Expenditure class  much higher in Tamil Nadu, and the poorer sections of the households benefitting much more from PDS in Tamil Nadu than in some other states.

Further, even while there were some concerns in the functioning of PDS, a majority in the rural system have benefitted from the PDS due to the presence of informal markets and channels of distribution, she said.

The talk was attended by scientists, researchers, scholars and members of the general public. The talk raised many important questions too regarding the role of technology in the functioning of the PDS, which required a more detailed study.