FPO Aims to be Best Performer in the State 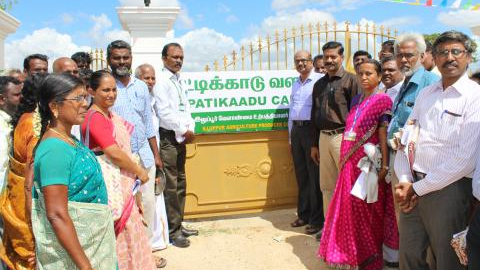 Around 900 shareholders and other stakeholders participated in the event. The Annual Report was submitted by the Board of Directors and released by the guests. The Board elected 15 farmer leaders as Directors. The new Directors expressed confidence to do better in all enterprise activities.

The IAPCL was set up with the help of MSSRF, by bringing in over 1000 farmers from five panchayats in Pudukottai to produce and market pulses under the ‘Patikaadu’ brand. This has subsequently increased the farmers’ productivity and income as all the farmers are shareholders in the company.

The “Patikaadu Campus” was inaugurated during this occasion, at Govindanaickanpatti village near Illuppur town. The Patikaadu campus is a resource centre with the space of 4.5 acres to establish all support mechanisms for the farmers in forward and backward integration activities.