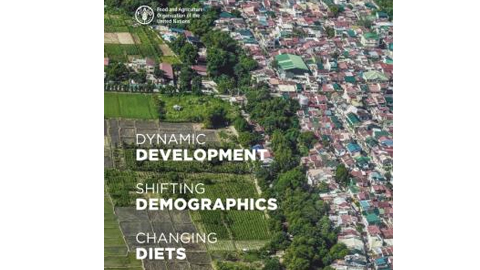 A new study by the regional office of the Food and Agriculture Organisation (FAO) in Bangkok, Dynamic Development, Shifting Demographics, Changing Diets, has put together data on trends and key changes in agriculture and nutrition in the Asia-Pacific region. Malnutrition, it was found, was not of public health significance in only three countries of the region: Japan, the Republic of Korea (South Korea), and Singapore. The study was published in 2018.

I focus here on the findings of Chapter 4, titled “Diets are diversifying with implications for farmers and nutrition,” which have relevance for food security and nutrition in India.

Table Multiple Burdens of Malnutrition in the Asia-Pacific Region

The authors assume that the problem is of public health significance if prevalence exceeds 20 per cent.

By this definition, malnutrition was “not of public health significance” in three countries of the Asia-Pacific: Japan, the Republic of Korea (South Korea), and Singapore. We can all learn from the dietary practices of the Japanese, Koreans, and Singaporeans.

Having identified the problem, the chapter then examines data from 1990 to 2013 on consumption patterns (consumption or apparent consumption here is taken from the FAO food balance sheets and derived from output data: production plus imports minus export, stock accumulation and quantity kept for seed, feed and waste.)

There are clear changes in consumption patterns over time: growth in consumption of starchy staples, especially rice is slowing down, while that of fruit and vegetables and animal-source foods is rising. The consumption of cereals and starchy roots has declined slightly in East Asia and South Asia and started to level off in other regions.

So, what factors can help increase dietary diversity in South Asia?

One crucial factor is income. As incomes rise, the consumption of staples declines and that of other food groups rises. Data on income or wealth quintiles within selected countries confirms this pattern.

Going forward, if low income households have to diversify their diets, without waiting for the long run when their incomes are higher, then we have to be concerned with the price of fruit and vegetables as well as other foods. As the book states “the increased prices for fruits and vegetables make it more difficult for consumers to afford a nutritious diet, particularly the poor, because price elasticities are greater for the poor than for the rich … the high prices may particularly affect the urban poor. This is not to ignore the price of staple foods, as they account for a large fraction of the expenditure of poor households.”