The honourable Ms Anisa Kapufi Mbega, High Commissioner of the United Republic of Tanzania, Mr Krishna N Pimple, Honorary Council of the United Republic of Tanzania, and Prof Ranganathan J, Honorary Council of Myanmar, along with other delegates, visited the Foundation on Wednesday April 13, to explore collaborations to further agricultural development in Tanzania.

Welcoming the delegation, Dr G N Hariharan, Executive Director MSSRF, made a comprehensive presentation tracing back to the genesis of the Foundation. He spoke about the various programme areas of research and grassroots development in India, also South Asia, and MSSRF’s mandate of pro-poor, pro-woman, and pro-nature approach to connecting science to society.

Each programme lead presented brief insights describing the problems on the ground, kinds of research methods undertaken to tackle the issues, the different models co-produced with communities, and the results from such initiatives across India.

Drs V R Prabavathy, Israel Oliver King, and R Gopinath, each presented on how the ground realities in India for farming and coastal communities are similar in Tanzania. They also provided examples of how the research and development portfolio of the Foundation can support the initiative of the Government of Tanzania to improve agriculture, particularly in the context of climate change.

Ms Anisa Kapufi Mbega expressed that there are similarities between Tanzania and India with regards to the agricultural situation. Making an observation on the “stigmatisation” of the millet crop as ‘poor man’s food’ as example, she agreed that there is opportunity to collaborate with MSSRF in several areas to ensure food safety, as well as food and nutrition security for Tanzania. 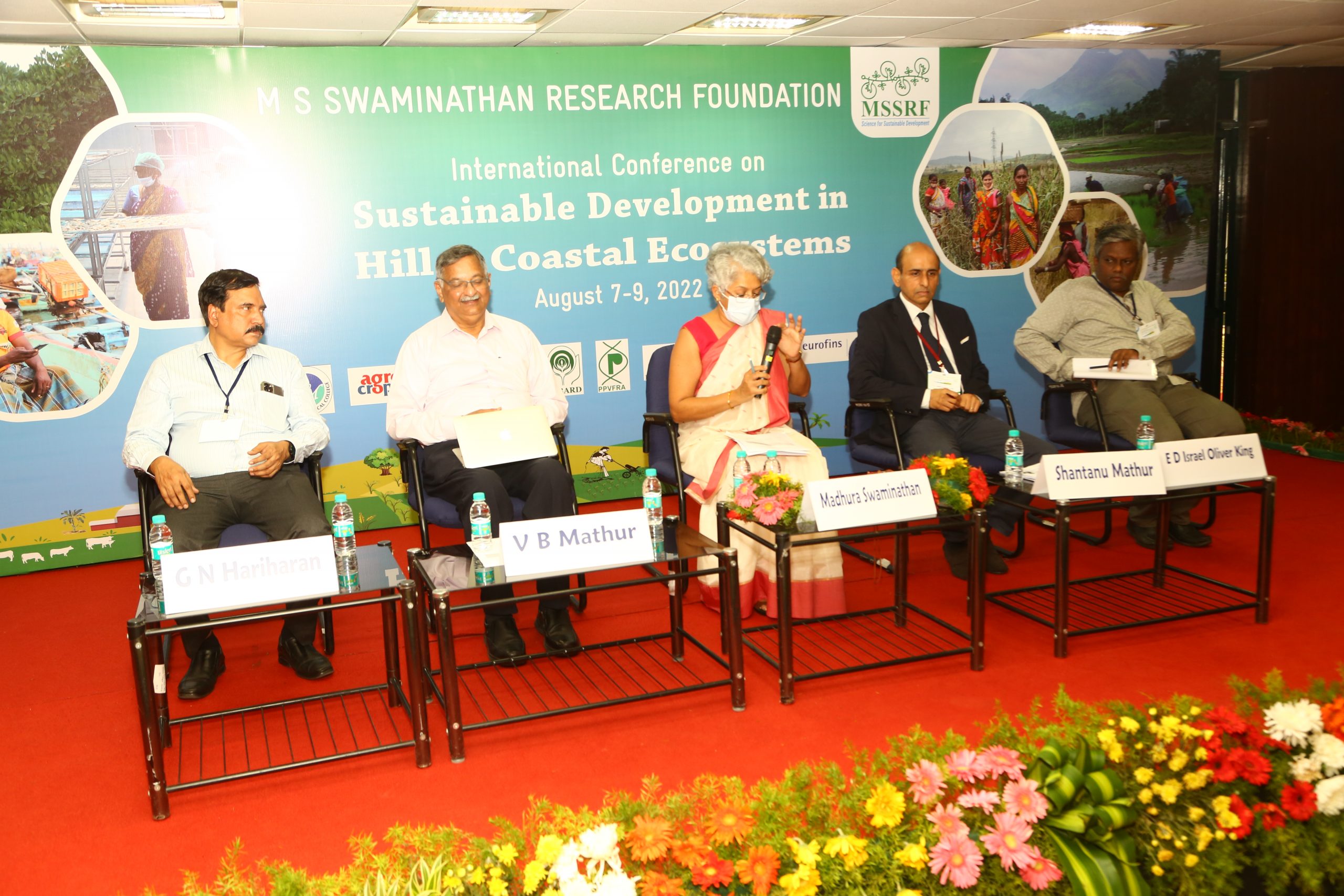