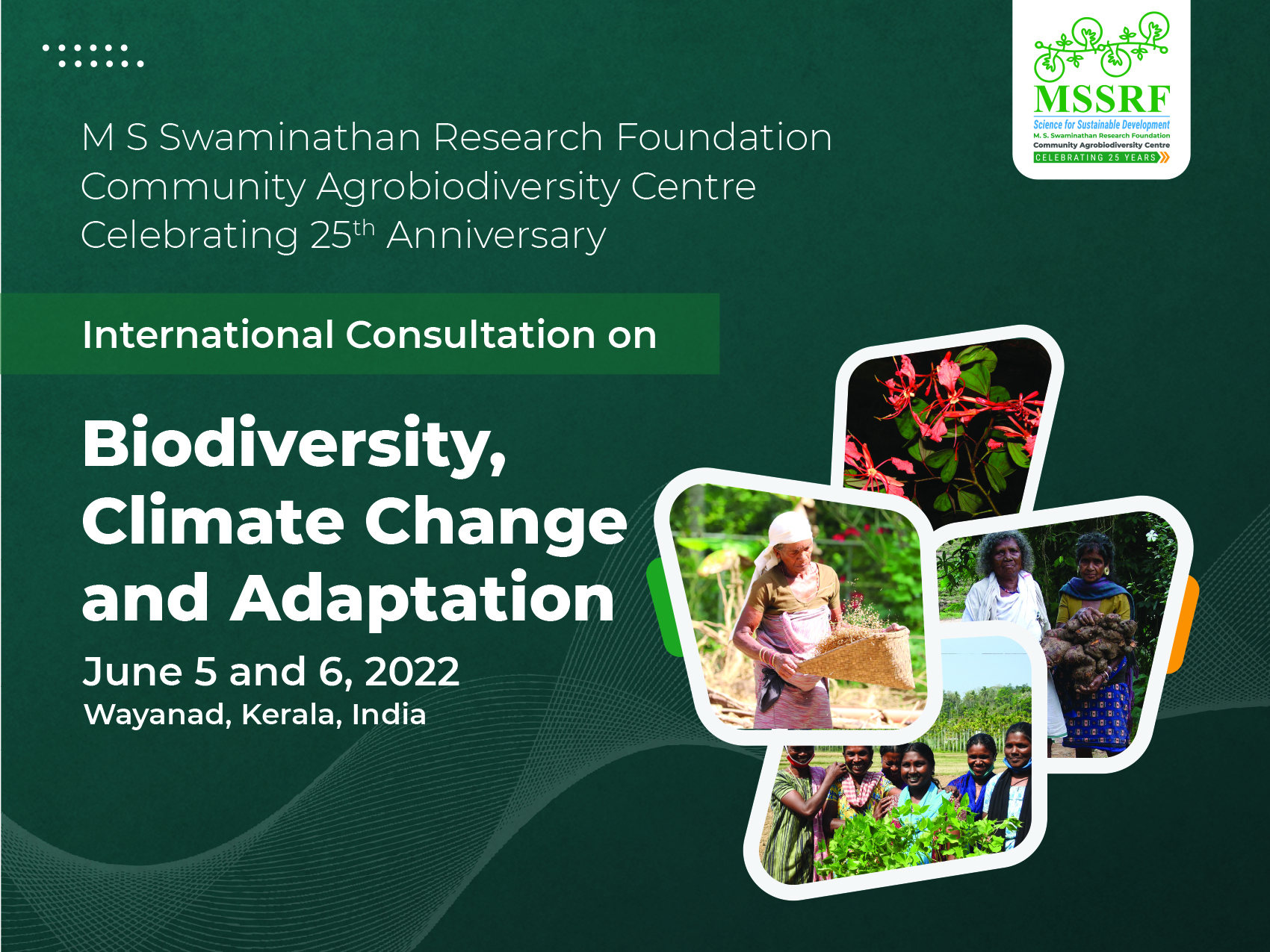 The Concept: Any consideration of a climate-resilient future for India must have biodiversity, agriculture, and food and nutrition security at its core. The time scale of reaching the 1.5 degrees C threshold of global warming is projected to lie within the next decade and a half. On this time scale, large parts of the Global South, including India, will continue to have substantial numbers of small and marginal producers contributing a significant proportion of total production. In the same time frame, income growth in these regions, however reasonably rapid, is likely to leave large sections of the population with low incomes and relative poverty. Maintaining the impetus for growth in agricultural production, reversing the current trends of food insecurity and strengthening food security, and taking urgent action to bridge the serious nutrition gaps – all need to be among our core concerns in the near and medium-term.

Climate adaptation and mitigation policies are however under pressure to undertake a paradigm shift, which sees agrobiodiversity, agriculture and related areas as low-hanging fruit for climate mitigation efforts. Global scenarios of mitigation project high levels of carbon sequestration through afforestation, but also through soil carbon sequestration and agroforestry. The use of land for carbon sequestration activity and biofuel crop production, and its diversion from food production will be very significant if these scenarios are played out in the real world. On the other hand, ecological concerns are often set against the need for the intensification of agricultural production, which is inevitable if increasingly less land is set aside for food production. On the plea that damage to ecosystems and biodiversity undermines human well-being, agricultural production and its increase is sought to be counter-posed to ecosystem health.

Maintaining the impetus for growth in productivity and production will be particularly challenging, though, in large parts of the world, technological advance has so far stayed ahead of the negative impact of climate change. In many regions, there is considerable scope for an increase in productivity and production, even within the existing levels of technology. However, this is unlikely to hold in the future for several crops in several regions. New inputs, techniques, and practices that contribute to overcoming abiotic stresses are essential. Without agricultural science breakthroughs, it is not evident that incremental advance in productivity is sufficient for the future. Nor can even the potential for agriculture and crop production as the setting for high levels of mitigation be put on the agenda without such advances. Increasing climate extremes will provide new challenges to climate resilience in agriculture.

There is considerable agreement that adaptation cannot be managed without a rural socio-economic transformation that needs to cover considerable ground. If agriculture is not to be the setting for increased deprivation due to climate change, with further losses in food and nutrition security, it has been argued that is essential to provide state support to agriculture, increase public investment, while deploying advanced scientific and technological knowledge, also techniques to support this sector.

It is in this background that MSSRF plans to hold a two-day international consultation on Biodiversity, Climate Change and Adaptation. It is anticipated that with a series of key interventions by a global panel of experts, a number of themes related to the issues outlined above can be fruitfully explored.

This conference celebrates the 25th year of the Wayanad Centre of the M. S. Swaminathan Research Foundation. Located in the biodiversity hotspot of the Western Ghats of India, within the State of Kerala, the location of the Centre is the site of an even more concentrated and complex version of the challenges that we have indicated above. While the conference will also engage with themes and issues that are rooted in the local landscape and ecology, it will nevertheless also explore important global and national issues related to the themes of climate change, agriculture, food and nutrition security, and gender in biodiversity.

Climate adaptation has become a priority area for many countries and regions, both developing and developed. In response, a vast array of information and knowledge has been generated over the years through completed and ongoing research on climate-related impacts and risks, vulnerability, and adaptation to climate variability and change.

In light of this, it is essential to assess the current state of knowledge available and what specific information is still required in order to identify areas that require attention and research to further our understanding. This information will be useful to inform policy and decision-makers on viable and appropriate adaptation options.