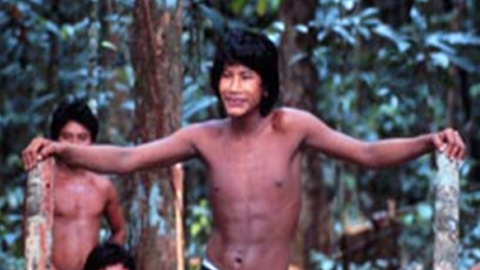 Today (21 March 2016) is the International Day of Forests. This is to remind us of the critical role played by forests in climate regulation, protection of hydrologic cycles, conservation of biodiversity and provision of a wide range of minor forest produce which protect the lives and livelihoods of tribal and other forest dwellers. On this day, I wish to recall the farsighted step taken by the Government of Guyana (formerly British Guyana) for promoting the Iwokrama International Centre for Rainforest Conservation and Development (IIC). In 1989, the Government of Guyana offered to the Commonwealth one million acres of prime rainforest for demonstrating how a rainforest can be managed in an environmentally sustainable manner, while at the same time, providing livelihoods to the large number of Amerindians who depend on the forest for their basic needs. I was asked to lead a team to design the project and take charge of the land. My proposal was accepted by both the Government of Guyana and the Common Wealth and the International Centre came into existence in 1996 with support from the Global Environment Facility and the UK government. I am happy that this centre is functioning well and has become a source of technologies for sustainable rainforest management. Also it has demonstrated the wisdom of my decision to involve the Amerindians very intimately with the management of the forest since the Amerindians have very deep knowledge of the flora and fauna of the Iwokrama forest and also of ecosystem. I made an Amerindian Chief, Mr Fred Allicock, the Head of the Campus although he did not have any formal education.  I was impressed with the following song with which Amerindians greeted me on my arrival

“The sky is held up by trees, if the forest disappears, the sky which is the roof of the world collapses. Nature and man then perish together”

On this International Day of Forests, we should renew our commitment not only to the conservation of forest but also to the protection of livelihoods of forest dwellers. The best way will be to respect their knowledge and involve them actively in the development of the biosphere reserve. Iwokrama is a standing monument to the effectiveness of participatory conservation involving all stakeholders. After helping this project for 10 years as the Chairman of the Board of Trustees, I entrusted the position of chairmanship to the late Dr Angela Cropper, who nurtured the project with great care and took it forward in achieving its mission of forest conservation as a tool for sustainable livelihoods as well as sustainable water, food and climate security.