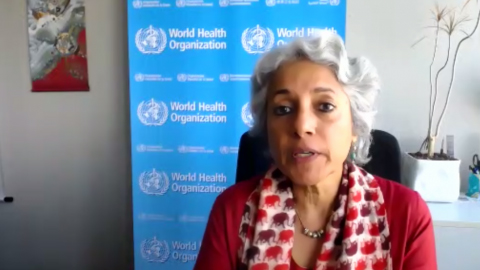 her Published and released in September 2020, by TN-FORCES (Tamil Nadu Forum for Crèche and Child Care Services), it is a comprehensive Trainer Manual Based on the National Early Childhood Care and Education Curriculum Framework (2014). Brought out in two sections, the first part includes experiential and participatory workshops, with brainstorming and discussion, group activities and games. The second part contains a brief summary of the essential content and theory, which could be used for presentations or handouts for the participants.

Dr K Shanmugavelayathum, Convenor TN-FORCES, headed a team of Early Childhood Specialists, and the manual development was co-ordinated by Ms. Prema Daniel. The virtual release took place on the 23rd of September, in the presence of Ms. Mina Swaminathan and Professor M S Swaminathan. Dr Soumya Swaminathan, Chief Scientist WHO, said this had been a much-needed focus area, especially of her mother Mrs Mina. “Every time we went for medical conferences, my mother would ask me if anyone was there on early childhood education. Now, the physical as well as the nutrition needs of the child have been disrupted by COVID. The training manual will go a long way in filling a much-needed gap to help bridge efforts.” Describing it as ‘a labour of love’ she commended TN-FORCES for bringing it out after many years of work and in keeping the network that had been facilitated by Mrs Mina Swaminathan, alive, active and vibrant.

Mrs Mina Swaminathan through years of work on early childhood care and development, is also seen as being instrumental in the idea and origin of the Integrated Child Development Services Scheme of the Government of India. She played a pivotal role in contributing to setting up a network of civil society to strengthen early childhood care and development services that was brought together as TN-FORCES.

This manual will be available by email request on tnforcestraining@gmail.com