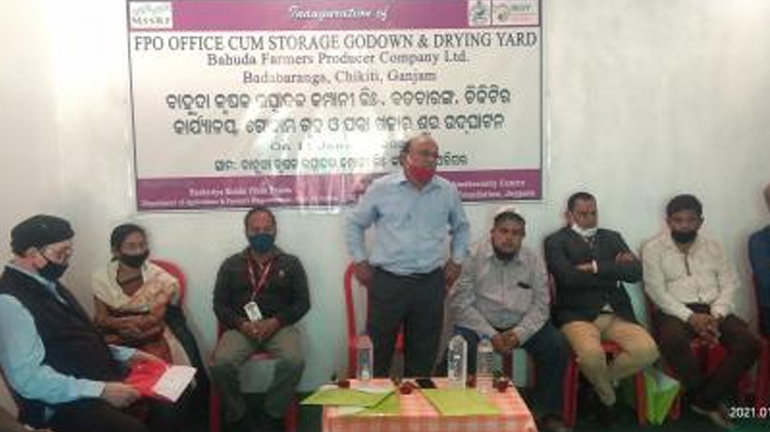 A Farmer Producer Organization formed for certified seed production activity and promotion of quality seeds in the state, will now have a godown and drying yard to take this forward. The Bahuda Farmers Producer Company Ltd. was formed as a part of the project “Enhancing Production and Productivity of Millets and Pulses in Odisha through an Alternative Seed System Model for Production and Supply of Improved Seed Varieties”.

Officer in-charge KVK, Ganjam Smt Sushmita Mohanty, suggested that the FPO be strengthened further to be sustainable and continue seed production not only for green gram, but for other pulses like black gram, horsegram, oilseed like sesame and if possible vegetables as well.

Dignitaries included Shri Santosh Behera Scheme Officer RKVY & NFSM, Directorate of Agriculture and Food Production, Odisha who said that a Model Drying Yard on lines of Thailand shall be established in Chikiti, the first of its kind in Odisha. The BFPCL will be supported with other machinery such as spiral grader, thresher etc., from the NFSM.