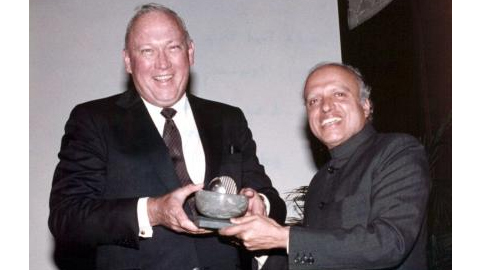 Prof M S Swaminathan, Founder MSSRF and the first World Food Prize winner, in 1987 is also now the Chairman of the Selection Committee of the World Food Prize. This Prize was instituted in 1986 by Nobel Laureate Dr Norman E. Borlaug, to ‘highlight and inspire breakthrough achievements in improving quality, quantity and availability of food in the world. It is often referred to as the Nobel Prize for Food and Agriculture’.

Prof Swaminathan speaks at the 2016 Borlaug Dialogue at this event during the session ‘Celebrating 30 Years: The Borlaug-Sasakawa-World Food Prize Legacy’. His presentation entitled “Food for all in Africa the Anthropocene Era”.