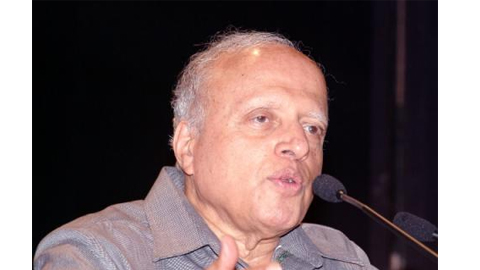 The Union Budget is a resource allocation exercise. The priorities in the allocation of resources are indicated in the address of the President of India to Parliament delivered on 9 June 2014. While the President’s address provides a framework for political and legislative action, the budget is the instrument for converting commitments into concrete achievements. Therefore the provisions in the budget have to be viewed in the context of the announcements contained in President’s address. In the field of agriculture, the Presidents’ address contains important statements. For example, reform of the Public Distribution System in order to ensure efficient delivery, as well as the preparation of contingency plans to face the challenges arising from subnormal monsoon are to be accorded priority.  Also, investment in agriculture infrastructure and agrotechnology will be stepped up considerably. Water conservation and effective use are also to be accorded high priority throughPradha Mantri Krishi Sinchayee Yojana with the motto of “Har Khet Ko Paani”. There is also a commitment to attract and retain youth in farming. A commitment has been made to adopt a National Land Use Policy.

The other major input in the preparation of the budget comes from the Economic Survey. The survey rightly calls for checkmating the adverse consequences of unfavourable monsoon as well as for vigilance against the rise in the price of petroleum of products as a result of the conflict in Iraq.  The survey also recommends a review of subsidies and the setting up of a National Common Market for agricultural commodities. The National Commission on Farmers had recommended the development of an Indian Single Market for farm commodities so that price volatility in different parts of the country can be avoided.

The budget presented by Shri Arun Jaitley today captures many of the above commitments made both in the address of the President and in the diagnosis presented in the Economic Survey. Shri Jaitley rightly cautioned against expecting too much in one budget but he indicated that this budget throws light on the roadmap for economic recovery and accelerated growth in agriculture and industry which the present government intends to follow.

Among the highlights in the farm sector, some of the important provisions are the following:

The Finance Minister also mentioned about reviving the Special Economic Zones. In this connection, I would like to suggest that Special Agriculture Zones which can help to conserve prime farm land for agriculture, as for example the Rajasthan Canal Area or the Kuttanad region of Kerala, should also be taken up. We need to preserve prime farm land for agricultural purposes. As pointed out in the Economic Survey, an Indian Single Market which was recommend by the National Commission on Farmers should be established soon in

Overall, the budget places considerable emphasis on agricultural renewal and agrarian prosperity.  Obviously, the allocations are small but a beginning has been made to look at the problems in farming in a more holistic manner. I hope this process will be continued and by the time, the 2015-16 budget is presented, we will see that many of the root causes of the prevailing agrarian distress are eliminated.