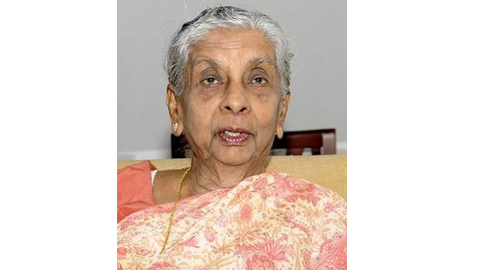 It is with great regret that I received the news of the demise of Anna George Malhotra. She was the first woman IAS officer of Independent India. I came to know her closely when we worked together in the Ministry of Agriculture, Krishi Bhawan, New Delhi.

On completing her deputation with the Government of Tamil Nadu, she joined as Chairperson of the National Seeds Corporation and did an excellent job in building a seed security system for small farmers.

After marrying Shri Malhotra, who was the Governor of Reserve Bank, she gave her time for a variety of causes including preparation for the Asiad programme. She was held in high esteem by all who came into contact with her because of her positive and helpful attitude.

Inspite of her reputation as one of the most efficient IAS officers, she remained humble and helpful.

To me, she was a personal friend and I turned to her for advice whenever any complex management problem developed. We will miss her. Our prayers are with the family. I share their sorrow and pray for peace of the departed soul.