Raimati and MSSRF – together for a cause since 2002 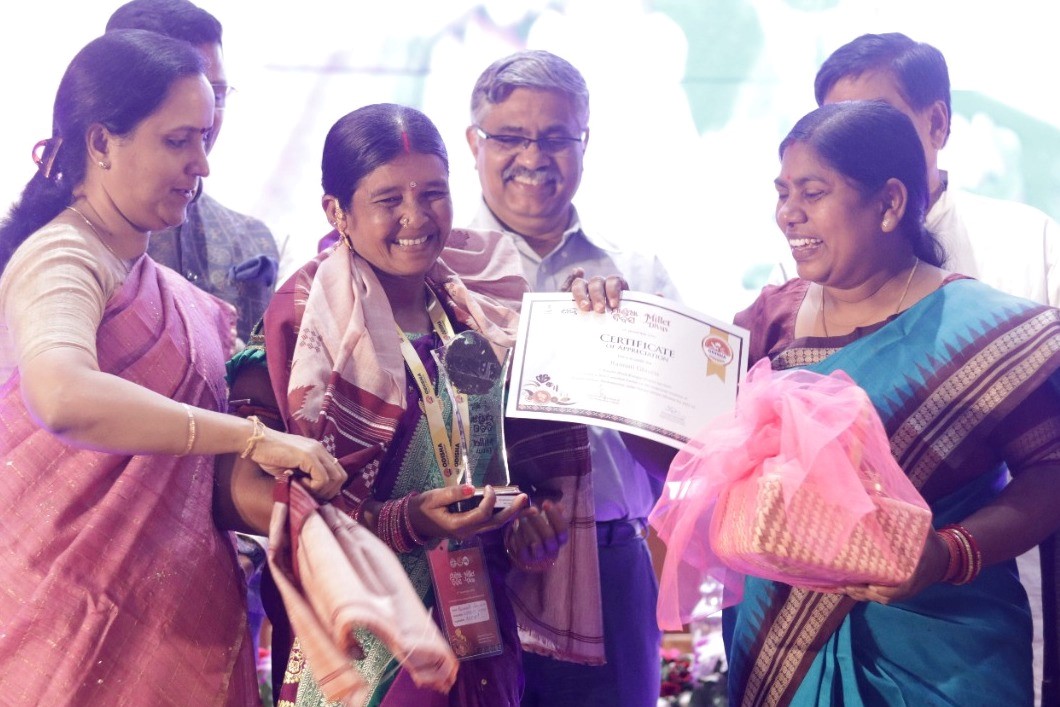 Raimati Ghiuria belongs to Bhumia tribe, and hails from Nuaguda village, Kundra block in Koraput district, Odisha. She has been involved in various initiatives with MSSRF since 2002, and has been instrumental in conserving more than 80 landraces of paddy and around 30 landraces of millets.

As a multi-skilled progressive farmer, Raimati manages a field Gene Bank and Seed Bank in her village. The Farm School established in her land with the support from Indian Overseas Bank is well-managed by Raimati and her husband. Raimati has received many national and state awards for her contribution towards women empowerment, conservation efforts and building capacity of farmers. She is also a well-known as an organic farming trainer. 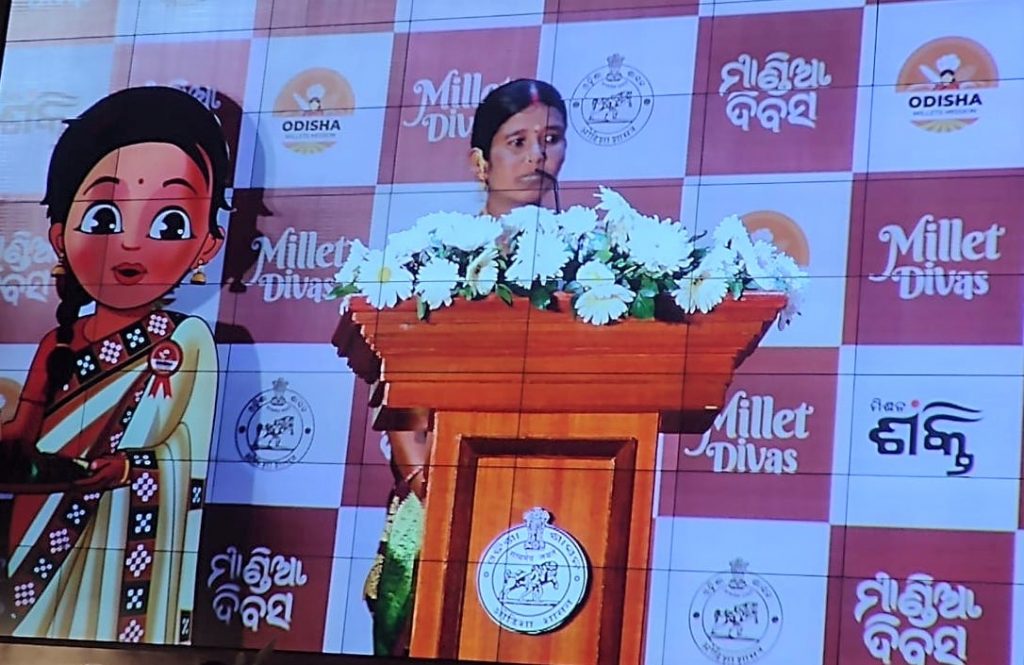 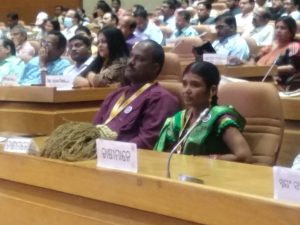 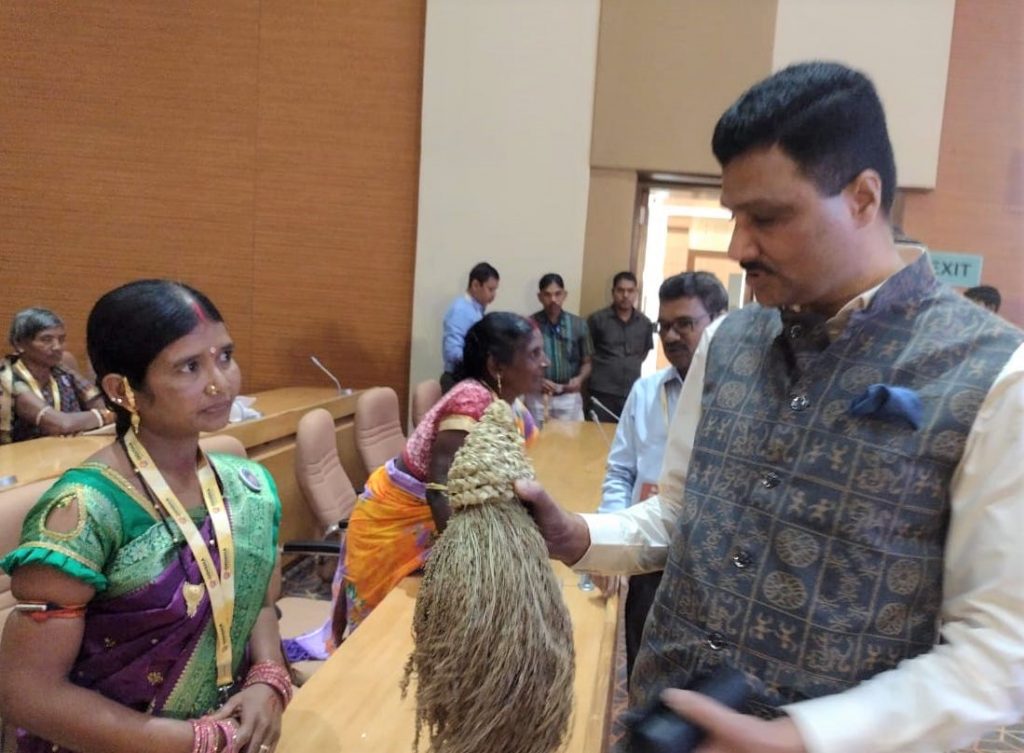 She spoke about her experiences of conserving and cultivating various landraces of millets as a custodian farmer. Later, Dr. Arabinda Padhee, IAS, Principal Secretary, Department of Agriculture & Food Production interacted with her and Raimati presented him with a memento made of traditional little millet.