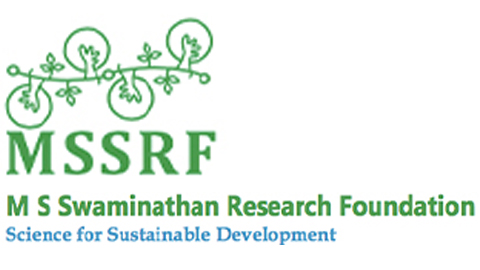 I am most grateful to the Mumbai University and to its Chancellor, Vice Chancellor and other University authorities for enrolling me as an honorary alumnus of this great university. I have had over fifty years of relationship with this university where some of my students have done their Ph.D. degree. The University has also taken considerable interest in maintaining the ecological integrity of the Western Ghats. I am particularly grateful to His Excellency the President of India for sparing the time to come to Mumbai and present to me the Honorary D. Litt. Degree. We are fortunate in having a President whose presence at any occasion confers an atmospheric dignity and divinity. I am particularly fortunate to receive the degree from you Sir.

We have now entered the anthropocene era where human beings will play a keyrole in shaping the future of our planet.

At the International Geological Congress held in August 2016 in Cape Town, the assembled scientists came to the conclusion that a new geological epoch – the Anthropocene – needs to be recognised as the dawn of human influenced age. The Anthropocene is witnessing a loss of biodiversity, with well-documented declines in the diversity of ecosystems and species.

I would like to indicate two areas where the Mumbai University can play a significant role in enhancing human happiness and wellbeing.  The first is to help in avoiding a situation where as a result of sea level rise, climate refugees will have to be found alternative accommodation.  Sea level rise arising from global warming is no longer a possibility between 1948 and 2003, sea level rose by 11.3 cm. From 2003, the rate of increase has gone up. It is anticipated that sea level around Mumbai may go up by 40 cm by 2100.

An important anticipatory research programme to mitigate the impact of sea level rise is the rising of mangrove bioshields. It is in this context, that the early work of Vice Chancellor Dr Sanjay Deshmukh assumes great importance. He showed over 20 years ago how mangroves are important to protect coastal ecosystems and also the ecological security of coastal areas. Dr Deshmukh also surveyed the mangrove wealth of south and Southeast Asia and found that Bimaru in Papua New Guinea and Bhitarakanika in Odisha have the richest genetic variability in mangrove population. Thus, through this work he opened the door to protecting our coastal areas from the impact of sea level rise. This is particularly important to Mumbai where million live near the coast.

Finally, our Universities should take greater interest in eliminating hunger and malnutrition in our country. For example, even districts like Thane which is very near Mumbai suffers from the occurrence of unacceptable levels of malnutrition particularly among the large number tribal families living in this district. One way of overcoming the prevailing malnutrition is to marry agriculture, nutrition and health. There are large numbers of naturally occurring plants like sweet potato, moringa, amla etc which are rich in micronutrients. Hidden hunger arising from micronutrient deficiencies is one of the serious problems of Thane district. I therefore suggest that the University should develop a programme for establishing genetic gardens of biofortified plants which can help to mainstream nutrition in the prevailing farming system.

I once again express my gratitude for the honour conferred on me. I am particularly grateful to His Excellency the President of India for being the Chief Guest on this occasion. My grateful thanks go to the Chancellor, Members of the Syndicate and Senate, the Vice Chancellor and all the faculty and students of this great university.