Seminar Series: Towards an Economics for the Anthropocene 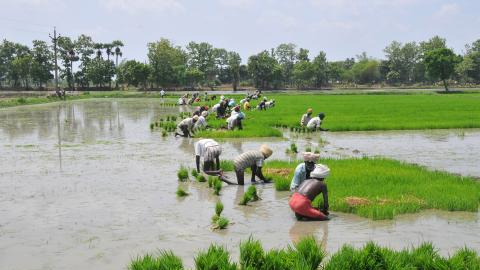 The concept of the Anthropocene makes clear humans’ current geological role in making resources, and not just using them. Economic analysis has been a key factor in enabling humans to create the Anthropocene. But from an economics of the Anthropocene there is a need to move to an economics for the Anthropocene, one that will allow us to deal with what have so far been unintended consequences of the drive to dominate nature. Developing an economics for Anthroprocene takes into account not just the interaction, but the co-creation or co-evolution of humans and the resources that are used in production. This negates the economic approach of seeing humans as those who use resources, while resources are there and given. Reflexivity or better still co-evolution and the interaction of different agencies, need to replace the allocation of resources paradigm. In attempting to fashion an economics to deal with the Anthropocene, it would be necessary to take account of the deep history of approaches to dominating nature that exist in the main civilizations of nations.