Seminar: “Theatre as a tool for raising gender consciousness”- 7 March, 2016 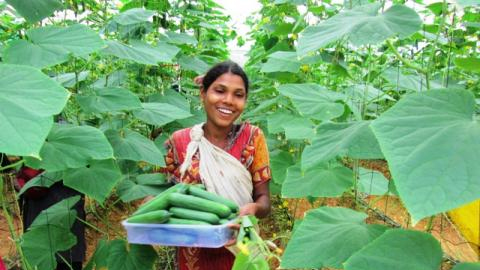 MSSRF is organizing a meeting to commemorate the 2016 International Women’s Day on 7th March 2016.

Visiting Professor, Centre for the study of Law and Governance, JNU, New Delhi

Gender is a non-negotiable theme across all programme areas of MSSRF’s work. Specifically, the organization has worked extensively on the Voicing Silence programme from 1993- 2008 with the objective of giving “voice to the voiceless”, raise consciousness and empowerment at individual and collective level. For this theatre was used as a tool to bring changes and developed with the participation of marginalised women’s groups.

Background: The International Women’s Day is assuming increasing significance as the world attempts to create an equal planet. This is not going to be easy with The World Economic Forum 2015 forecasting that it would take until 2133 to attain global gender parity in economic opportunity between women and men. In this context, the United Nations announced that the theme for 2016 International Women’s Day is “Planet 50-50 by 2030: Step it Up for Gender Equality”

India ranks at the 114th position in the global gender gap (the gap between men and women in health, education, economic opportunity and political representation) out of 142 countries as measured by World Economic Forum.

Empowerment of women continues to be the main part of MSSRF’s effort in addressing challenges of sustainable and equitable development.  Multiple strategies are necessary to reach the set goal. The ‘Voicing Silence’ programme focused raising gender consciousness as a strategy to take connected actions at individual and collective level and the Women’s Day is seen as an opportunity to gain more understanding of how this tool can be effective in the journey towards gender parity.